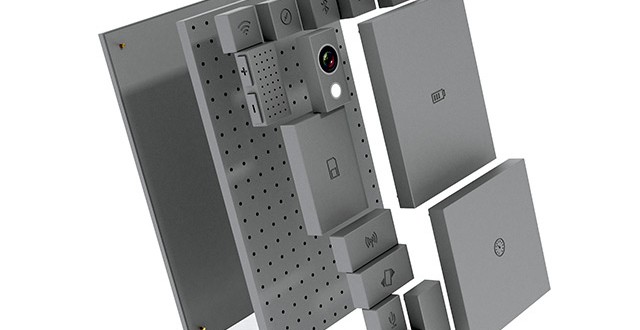 Google brings future one step closer with its next hardware project. Dubbed Project Ara, the device is a modular smartphone that can be customized by replacing individual pieces, such as the battery or the display.

The devices will probably be available next year and it will come in three sizes, from mini to phablet, from a smaller six-module option to a large-screened model with more modules, all three running with an improved Android mobile operating system. The company didn’t mention a price for such a device, but they expect it to cost somewhere between $ 50 and $500 to manufacture, depending on the model.

The interchangeable components of this device will be held together with a frame called Endo. This idea allows smartphone owners to update their devices as they want too, for instance, changing a broken display with a better version, creating a better device altogether.

The greatest thing about this project is that it allows people to manufacture their own “dream smartphone”. They can buy and add unusual elements made by startups, like cameras produces by camera companies or custom hardware for specialized phones, without relying on a single hardware producer.

As mobile gadgets seem to be out of fashion as soon as a new device is launched with upgraded features, the modular smartphones can be easily improved with the latest pieces of hardware, for instance a better camera, a better battery or a fingerprint sensor. So instead of dropping a still-working smartphone you could upgrade the parts that need improvement.

Project Ara is the creation of ATAP, the experimental lab Google bought along with Motorola Mobility, dealing with futuristic projects under the leadership of Regina Dugan. The fact that in a couple of years, Ara devices will be available on Google Online stores is definitely a possibility, so we can hardly wait to get our hands on the coolest device developed by Google .

I’m Load The Game’s co-founder and community manager, and whenever I’m not answering questions on social media platforms, I spend my time digging up the latest news and rumors and writing them up. That’s not to say I’m all work and no fun, not at all. If my spare time allows it, I like to engage in some good old fashioned online carnage. If it’s an MMO with swords and lots of PvP, I’m most likely in it. Oh, and if you’re looking to pick a fight in Tekken or Mortal Kombat, I’ll be more than happy to assist! Connect with me by email markjudge (@) loadthegame.com only
@@MarkJudgeLTG
Previous iPad Air Review: Pros and Cons
Next “Nearby Friends”. Facebook’s new attempt to bring people together.