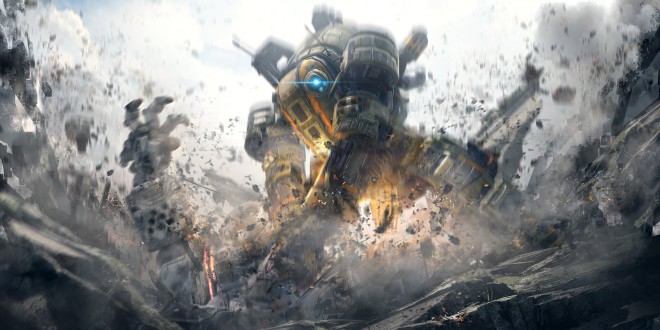 It will not come as a surprise that EA and Respawn Entertainment already plan a future Titanfall game, but it’s the first time the companies acknowledge this publicly. Electronic Arts has confirmed that the partnership with Respawn will continue, EA chief executive Andrew Wilson stating that they are working on “new Titanfall experiences”. This is far from an announcement of a new title in the series, but it’s something.

The information comes out of EA’s Q4 financial briefing, where Wilson told to the investors where the company is heading in the near future. “We’re excited to announce that EA is continuing its partnership with Vince Zampella and his Respawn Entertainment team, building on our success in delivering Titanfall, the biggest interactive entertainment event in the year so far” said Wilson. “Through a new policy agreement, we will be working with Respawn to bring new Titanfall experiences to players worldwide.”.

Titanfall was released earlier this year for Xbox One and PC initially, and later for Xbox 360, being one of the best selling games of 2014 so far. The game is still in the top 3 of video games weekly sales charts, and sold close to one million units on Xbox One in the US alone.

Rumors say that the next game in the series will drop the Xbox exclusivity, and will come to Sony platforms as well, but EA is steering clear of these questions. The official response is “We do not comment on rumor or speculation. Right now all our focus is on supporting all the fans worldwide enjoying Titanfall.”, but it’s clear that this is not a denial. The Titanfall licence is owned by Respawn Entertainment, and the publishing rights are EA’s. The fact that Microsoft paid the companies a huge amount of money for the Xbox exclusivity of the first title comes as no surprise, but will this be the case for the next title as well?

Vince Zampella, the head of Respawn, answered a question last year about the possibility of developing multi-platform titles, including PlayStation platforms with: “Of course we will, just not the first Titanfall”. EA’s CFO Blake Jorgensen stated a month later that: “We’ll find I’m sure that there will be future Titanfalls at some point that may be on multiple product platforms”. This gives us hope that the franchise will escape the console exclusivity with the next title.

After all, putting the next Titanfall on PlayStation 4 is a no-brainer, considering that it constantly outsells Xbox One. When will the new game arrive is anyone’s guess right now, but I wouldn’t be surprised if we catch some wind of it at E3.

Old-school gamer with a cheeky tongue that gets me in trouble. When I'm not playing games, I'm writing about them, preferably in the vicinity of a fridge! Oh, and if you're a Justin Bieber fan, I'm afraid we can't be friends!
Previous PlayStation Vita Slim – Top 5 improvements
Next Destiny takes the crown as the most expensive game ever made