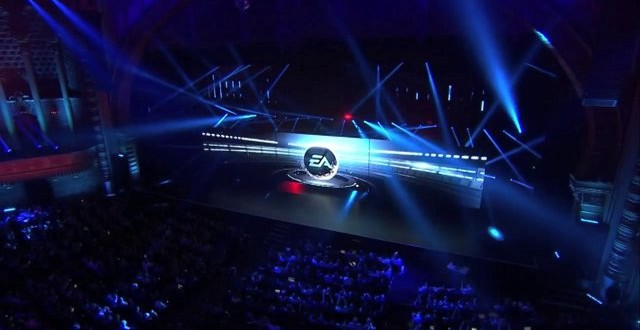 Andrew Wilson, CEO at Electronic Arts recently stated that the company has something big planned for E3 2014. EA will apparently reveal a major new game at this year’s Electronic Entertainment Expo, the title is said to be powered by the Frostbite 3 engine and is being ”developed by some of our most talented teams”.

That’s all we know about the mystery game up to this point, but the company appears to be very excited to unveil it at E3 2014. EA’s Press Conference will begin Monday, June 9 at 12 p.m. Pacific Time just after Microsoft’s Media Briefing that’s scheduled to start at 9 a.m. Aside from the two companies, Nintendo has also announced their press conference, which starts on June 10 at 9 a.m.

Andrew Wilson stated in a post-earnings report that at least six new projects will be unveiled this year at E3. He then added that “Over the next few years, we will deliver some epic new entertainment experiences to our players, built on a foundation of creativity and innovation.” The report also says that during fiscal year 2015 EA will launch fewer titles, instead they will focus on delivering top-quality games and services.

EA’s CEO also touches on the already announced games that are coming during FY2015. Over the summer new additions to the major EA Sports franchises will arrive, this includes Madden NFL15, FIFA 15, and NHL 15. Two more EA Sports titles are scheduled for release during the third and forth quarter of the year. On the other hand, Need for Speed will not be making an appearance this year, but next year’s NFS game promises to be a high-quality experience.

Another important release comes in the form of Dragon Age: Inquisition, the third installment in Bioware’s acclaimed RPG series. After a five year break we finally get to see a new Sims game this Fall. The Sims 4 is said to feature innovative technology “which offers smarter, more relatable Sims with rich emotions; fluid and intuitive creative tools; and vibrant and intimate play spaces.”

In order to keep things fresh, the company plans on releasing DLC packs for their already released titles, such as Titanfall and Battlefield 4. Finally, EA confirmed earlier that Star Wars: Battlefront will be at E3 2014 although they didn’t mention in what capacity. We probably won’t see a lot of it given that it’s somehow tied to the new movie which will only be released next year.

Is it possible that the upcoming Star Wars is the major new game that Andrew Wilson was talking about? The next Mass Effect title is also a good candidate, but I hope it’s in fact a brand new IP that nobody even expected. We’ll let you know as soon as we find out, until then stay tuned for more updates on E3 2014 and other important news.

I’m Load The Game’s co-founder and community manager, and whenever I’m not answering questions on social media platforms, I spend my time digging up the latest news and rumors and writing them up. That’s not to say I’m all work and no fun, not at all. If my spare time allows it, I like to engage in some good old fashioned online carnage. If it’s an MMO with swords and lots of PvP, I’m most likely in it. Oh, and if you’re looking to pick a fight in Tekken or Mortal Kombat, I’ll be more than happy to assist! Connect with me by email markjudge (@) loadthegame.com only
@@MarkJudgeLTG
Previous Mass Effect 4 might actually be called Mass Effect: Contact
Next Destiny public beta to open in July