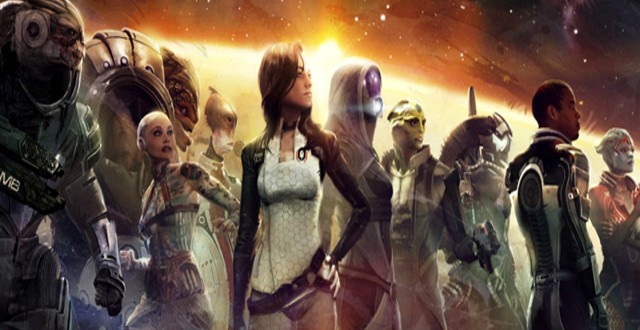 Update: It appears Studio Director for Bioware Montreal, Yanick Roy heard all the rumors and decided to clarify the situation on Twitter. The next Mass Effect title doesn’t have a name yet, just a working title that may or may not be “Contact”, he didn’t mention. Stay tuned for more updates.

WRT name speculations: the next Mass Effect doesn't have a name yet, just a working title that we have used since day 1 of the project.

We’re pretty certain that the next installment in Bioware’s popular sci-fi rpg franchise won’t be called Mass Effect 4, but we didn’t have an alternative name for it until now. This might change however as recent rumors coming from a well known industry insider have hinted at a possible title.

Ahsan Rasheed sparked the rumor earlier during a conversation he was having with another infamous insider who goes by the name of shinobi602. The two were apparently playing Wheel of Fortune on Twitter when Rasheed said that the next Mass Effect title will be called _ _ N T _ _ T. He also mentions a few of the letters that do not appear in the title to make it easier to guess.

A bunch of users on Twitter seem to think that the teased word is ‘ Contact ‘. I have to agree as it sounds like the most probable option, and it also has relevance within the Mass Effect universe. The name hints at the First Contact War, an event that takes place before the Mass Effect trilogy so we might be looking at a prequel here.

According to the game’s timeline, the First Contact War took place in 2157, three years after Commander Shepard was born. The conflict marks humanity’s first violent encounter with an extraterrestrial species, the Turians. The war culminates with the siege and occupation of Shanxi, the first human world to fall to an alien race.

If Mass Effect: Contact will be set during the First Contact War than that means Commander Shepard will not be making an appearance, just as Bioware indicated some time ago. Unfortunately, it’s very likely that we won’t be seeing other familiar faces from previous games either as most of them weren’t born by 2157, or were very young.

A previous report suggested that the next Mass Effect title will arrive in Spring 2015, we’ll probably find out more at E3 2014 where the game is rumored to make an appearance. Aside from the next Mass Effect, insider Ahsan Rasheed also mentioned a few other games that will be presented during this year’s event.

Rasheed says that the new Uncharted game will be unveiled at E3, as well as a Deus Ex title that’s being developed for next-gen consoles. He also mentioned Project Beast, a PS4 exclusive by creators of Dark Souls and Demon Souls, From Software. Rasheed also mentioned Halo 5 and said that the game is “supposed to be very different from the older games, more or less open world”.

I’m Load The Game’s co-founder and community manager, and whenever I’m not answering questions on social media platforms, I spend my time digging up the latest news and rumors and writing them up. That’s not to say I’m all work and no fun, not at all. If my spare time allows it, I like to engage in some good old fashioned online carnage. If it’s an MMO with swords and lots of PvP, I’m most likely in it. Oh, and if you’re looking to pick a fight in Tekken or Mortal Kombat, I’ll be more than happy to assist! Connect with me by email markjudge (@) loadthegame.com only
@@MarkJudgeLTG
Previous Destiny takes the crown as the most expensive game ever made
Next E3 2014: EA plans to reveal a major Frostbite 3 title