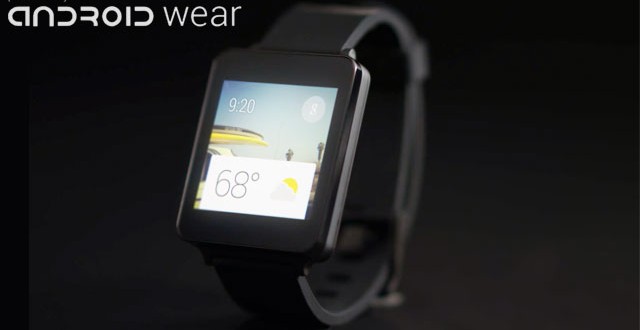 Google talks about Android Wear at their annual I/O conference

With smartwatches and other wearable devices becoming more and more popular it’s not surprising that Android Wear has been mentioned during discussions on more than one occasion. This rapidly emerging market clearly has a lot of potential, but unfortunately the public is still unaware of it for the most part.

This won’t be the case for much longer however as Google plans on discussing Android Wear in detail during their annual I/O developers conference. This year the event takes place June 25-26 in San Francisco and will offer the perfect opportunity for the internet giant to introduce wearable devices to the mainstream. Android Wear will be discussed during three separate sessions at the event.

The first one is called Wearable Computing with Google and focuses on how we interact with wearable technology and how it all ties in with the Google Platform. The session begins June 25 at 3:00 p.m. and is hosted by Timothy Jordan, Staff Developer Advocate at Google. He is currently one of the people working on Google Glass and has also helped with the development of Google+.

“In this session, we’ll take a look at the constellation of devices that make up not just wearable, but ubiquitous computing. We’ll tie them all together with a common set of design guidelines, development practices, and most importantly, the Google Platform. This is the key information that’ll get you ready for being part of a sea change of technology that invariably puts the user first.”

Designing for wearables is the name of the second session which takes place during the same day and starts at 4:00 p.m. Google’s product designer Bob Ryskamp is also part of the Glass team and will be talking about the new design approaches for Android Wear and Google Glass. “We’ll share our design process for Android Wear and Glass, and tips for developers and designers working in this emerging space.”

The third and final session named Android Wear: The Developer’s Perspective takes place June 26 at 10:00 a.m. and is all about the app creating process. “Take a developer’s tour of the Android Wear platform and Google’s new wearable APIs. Learn about our simple and powerful tools for creating apps for Android Wear devices and bringing wearable experiences to your Android apps. We’ll walk step-by-step through designing and building a small, contextual app for Android Wear.” Product Manager Austin Robison and Software Engineer Justin Koh will be the hosts for this session.

For more information on Google’s I/O developers’ conference you check out the full schedule here.

I’m Load The Game’s co-founder and community manager, and whenever I’m not answering questions on social media platforms, I spend my time digging up the latest news and rumors and writing them up. That’s not to say I’m all work and no fun, not at all. If my spare time allows it, I like to engage in some good old fashioned online carnage. If it’s an MMO with swords and lots of PvP, I’m most likely in it. Oh, and if you’re looking to pick a fight in Tekken or Mortal Kombat, I’ll be more than happy to assist! Connect with me by email markjudge (@) loadthegame.com only
@@MarkJudgeLTG
Previous Funny Fails Collection part I
Next 5 Great HD Android Games – Part II