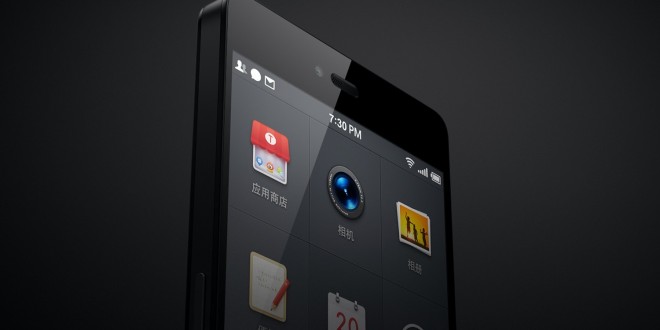 Smartisan T1 to be Apple’s next rival?

Luo Yonghao, Smartisan Technology’s chief executive, unveiled his latest smartphone earlier this week. Dubbed Smartisan T1, the smartphone runs on Android, the Google mobile operating system. Smartisan T1 has a familiar slate appearance, being 141 mm tall, 68 mm wide and 8.23 mm thick . The phone’s design was made by Ammunition Group, which includes the former Apple designer Robert Brunner, while the packaging in which Mr. Luo invested quite a lot was made by the paper supplier James Cropper. The Smartisan T1’s presentation in Beijing looked very similar to one of Apple’s launches, so when Mr. Luo was asked about the similarities between his device and one of Apple’s iPhones, he denied an joked about it.

“If I ever die from work, I hope it won’t be pancreatic cancer, since people are always saying we copy from Jobs”, Mr. Luo said. Not a funny joke, if we may say so. Considering the Smartisan T1’s designer was a former Apple employee, it’s normal the device to have some iPhone-looking features. Jobs wasn’t the only one Mr. Luo mentioned at the presentation. Xiaomi’s Lei Jun was also mentioned, but this time Mr. Luo used a fine selection of words. “Suppliers are less doubtful when dealing with a guy who knows little about making mobile phones because of him”, ” I should Thank him” ,said Luo Yonghao about Mr. Lei.

As good as it looks on paper, the smartphone still has to prove itself. Considering its specs, the Smartisan T1 could turn out to be a worthy competitor to Apple’s iPhones. Whether this is a possibility or not, depends on how the smartphone actually functions and it’s still too soon to know. The Smartisan T1 costs about $485/$500 (3000/3150 Yuam) and according to its specs it should be high-end device. So it shouldn’t be very hard to compete with the flagships of the market, or is it?

I’m Load The Game’s co-founder and community manager, and whenever I’m not answering questions on social media platforms, I spend my time digging up the latest news and rumors and writing them up. That’s not to say I’m all work and no fun, not at all. If my spare time allows it, I like to engage in some good old fashioned online carnage. If it’s an MMO with swords and lots of PvP, I’m most likely in it. Oh, and if you’re looking to pick a fight in Tekken or Mortal Kombat, I’ll be more than happy to assist! Connect with me by email markjudge (@) loadthegame.com only
@@MarkJudgeLTG
Previous Samsung’s VR handset plans to beat Oculus Rift and Morpheus!
Next Check out Surface Pro 3’s CPU info and pricing!