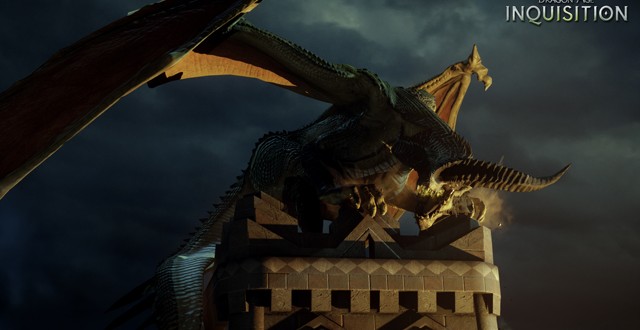 Mark Darrah, Executive Producer for Dragon Age: Inquisition announced a couple of days ago that the game has now entered the Alpha testing phase. He also confirmed that DA:I will be present at E3 and while he didn’t say if it will be playable or not, we believe it’s very likely that it will be.

We have declared Alpha! A major milestone for Dragon Age! Next up, E3

For those of you not familiar with the term, the fact that Dragon Age: Inquisition is now in Alpha means that the game now features pretty much all the content that will be available at launch. Or as Creative Director, Mike Laidlaw explains “This means, in short, that pretty much all the stuff to go in the game is in the game. And now? Now we make it alllllll work together.”

The game will probably be thoroughly tested from now until E3, and beyond. If you are eager to get you hands on it and tested yourself, I’m afraid we have some bad news. Usually Alpha testing is done only by the developers themselves and people close to the company so there will be no invites for regular players. We’ll have to wait a bit until the Beta test phase kicks in order to experience the awesomeness of the latest title in the Dragon Age series.

Bioware’s upcoming fantasy RPG was first announced on May 19, 2011, which means that the game has been in development for more than three years now. We have already been teased with a lot of details regarding the title this year, but the company isn’t done just yet. Lately, a fresh batch of screenshots has been released, which can be viewed below(click to enlarge). The images showcase rooms from the Winter Palace, “an Orlesian structure build on the ruins of  ancient elven grounds in Halamshiral”. 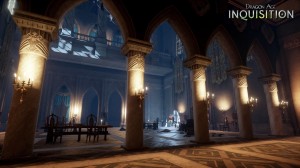 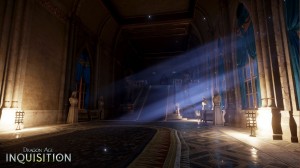 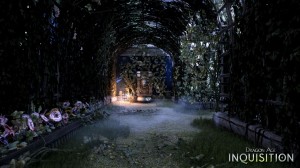 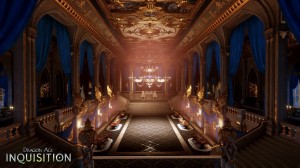 DA: I is said to be four to five times bigger than Dragon Age: Origins and will have a “saving the world from itself” theme. You will be playing as the leader of the Inquisition this time around, and are joined by a host of companions, including some familiar faces from the previous titles. The game will feature four playable races (Human, Elf, Dwarf, and Qunari) and three classes (Mage, Warrior, and Rogue) to choose from.

Dragon Age: Inquisition is running on the Frostbite 3 engine and will be released on October 7th for the Xbox 360, Xbox One, PS3, PS4, and the PC. Stay tuned for more news and updates.

I’m Load The Game’s co-founder and community manager, and whenever I’m not answering questions on social media platforms, I spend my time digging up the latest news and rumors and writing them up. That’s not to say I’m all work and no fun, not at all. If my spare time allows it, I like to engage in some good old fashioned online carnage. If it’s an MMO with swords and lots of PvP, I’m most likely in it. Oh, and if you’re looking to pick a fight in Tekken or Mortal Kombat, I’ll be more than happy to assist! Connect with me by email markjudge (@) loadthegame.com only
@@MarkJudgeLTG
Previous Hearthstone World Championships will be held at BlizzCon 2014
Next Star Wars: Attack Squadrons Cancelled