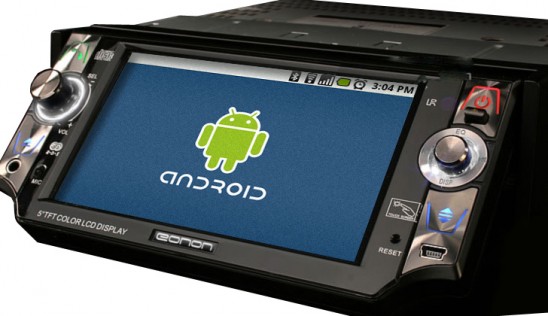 Rumors have it that that Gearhead, Google’s vision for Android in the Car, is close to a point where the results can be shown to the wide public. A press release these days informed that the interface will be based on four major spaces: navigation, music, telephony and search. There is no clear image of the interface yet and more than that, the interface will change depending on the car’s manufacturer.  But the exciting thing is that after almost six months of hearing nothing about Android in the Car, Google and NVIDIA’s officials show their interest in updating us with more information.

So far, Google and NVIDIA, the chip-maker, teamed up with GM, Honda, Audi and Hyundai, as was initially announced. Also, initially, the goal was to get the project in cars in the beginning of 2014. ”The ultimate mobile computer”, as named by NVIDIA’s President and CEO Jen-Hsun Huang will bring new possibilities of using an automobile and his hopes are based on science fiction images. Actually, technology has come somewhere near that point so we imagine that the road they have taken is the right one.  Third party apps are expected to exist in Android in the Car but it is still unclear how the download will happen in each car.

For those who do not remember, Android in the car is a project started by a new group called the OAA (Open Automotive Alliance) that will focus on integrating a mobile operating system into the in-car entertainment systems.  Given the fact that so many people are already used to having Android in their phones, computers, tablets, almost everywhere, the OAA is allowing consumers to increase the use of Android bringing it into our cars, too, creating powerful experiences. AS Jen-Hsun Huang said in the January press release, “with on-board super computing chips, futuristic cars of our dreams will no longer be science fiction.”

I’m Load The Game’s co-founder and community manager, and whenever I’m not answering questions on social media platforms, I spend my time digging up the latest news and rumors and writing them up. That’s not to say I’m all work and no fun, not at all. If my spare time allows it, I like to engage in some good old fashioned online carnage. If it’s an MMO with swords and lots of PvP, I’m most likely in it. Oh, and if you’re looking to pick a fight in Tekken or Mortal Kombat, I’ll be more than happy to assist! Connect with me by email markjudge (@) loadthegame.com only
@@MarkJudgeLTG
Previous New leaked picture shows iPhone 6’s LCD backlight panel
Next The MSI GS60 Ghost is thinner than ever. But is it worth the price?