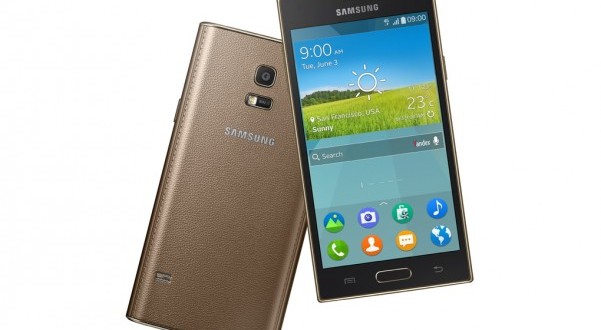 The Samsung Z is the world’s first Tizen-powered phone

Samsung strikes again officially announcing the Samsung Z. Even though Samsung’s TouchWiz interface is so attractive that is often identified as an operating system, the company finally decided to announce the Tizen-powered smartphone. Samsung proved to be tired of sharing Google’s software and having its interface being built on the top of Android. That is the main reason why the Koreans have decided that a  small change won’t hurt. The Samsung Z, Tizen-powered,  is built by Samsung itself and it looks almost like Android OS. This is going to be by the first commercial Tizen smartphone: the long expected  The Samsung Z.  Just like “the Z day”, this could be the beginning of the end for the TouchWiz interface and other shared features of Samsung’s smartphones.

The device has been presented on Monday and from what it seem, it will have both high-end features and mid-range ones. More than just the smart and sharing features and software, the Z device has a fingerprint sensor in the home button. Also, a heart rate monitor can be found on the back of the phone, making it similar to the Galaxy S5. The Samsung Z promises quick multitasking, high quality web browsing and fast performance. Here are the specifications of the Samsung Z, the first smartphone built by Samsung alone:

The Samsung Z will be initially launched in Russia in Q3, but it will be showcased on the 3rd of June, during the Samsung’s Tizen developer conference. Although it looks like an amazing phone and the majority of us are extremely impatient to give it a try, the Korean company is being skeptical about both the US and European markets, saying that these two markets are not ready yet to receive the Tizen OS.

I’m Load The Game’s co-founder and community manager, and whenever I’m not answering questions on social media platforms, I spend my time digging up the latest news and rumors and writing them up. That’s not to say I’m all work and no fun, not at all. If my spare time allows it, I like to engage in some good old fashioned online carnage. If it’s an MMO with swords and lots of PvP, I’m most likely in it. Oh, and if you’re looking to pick a fight in Tekken or Mortal Kombat, I’ll be more than happy to assist! Connect with me by email markjudge (@) loadthegame.com only
@@MarkJudgeLTG
Previous Homefront: The Revolution coming in 2015 for PC, PS4, and Xbox One
Next Forza Horizon 2 coming to Xbox One and Xbox 360 this Fall