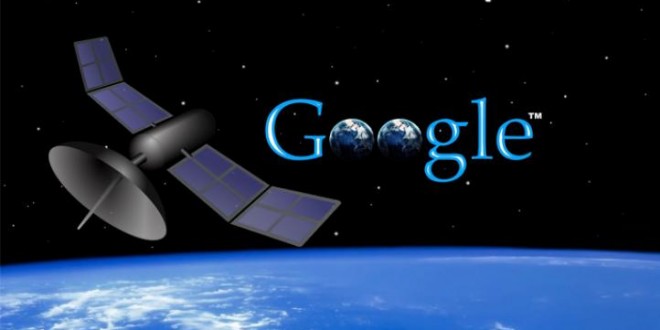 Apparently Google plans to spend more than $1 billion on a satellite system that’s going to spread internet access to the far reaches of the world. This is a familiar story of course. To increase ad revenues Google needs to make the web far more accessible to more people. This latest project will start with about 180 small satellites orbiting the Earth at a lower altitude than traditional satellites. According to reports, Google hopes to cover the entire globe with satellites. Each one of their satellites is going to weigh less than 250 pounds, which is really a breakthrough in design. Roughly ten to twenty people are working on this latest Google satellite project. The company is gonna invest around $1.3 billion in order to make it happen. This is not to be confused with Project Loon, which involves Google launching high-altitude balloons that offer broadband to remote parts of the world.

Google watches are also tracking the company’s solar-powered drone effort. This involves a company that Google acquired called Titan Aerospace. We have to note that many ambitious satellite plans have failed in the past. Even if this technology works we’re looking at Google facing multiple regulatory hurdles to get this off the ground. What really catches our attention here is Google’s continued focus on big bet innovations while potential broadband rivals like AT&T try to go and buy legacy players like Direct TV. Very interesting to note the Google approach versus the AT&T approach. The later going for cash flow while Google is going for breakthrough moves.

Another interesting aspect is the fact that the company is really trying to spread its search capabilities. Broadband access doesn’t seem to be the primary focus. The result of this access coming in the form of search capabilities seems to be more important here. Search revenue is really what Google looks to be going after. However, it seems really early to say whether or not this is going to get off the ground.In any case, this is a fun story to watch because they’ve got the satellite program in addition to Project Loon. All of this just to spread, and essentially to bring Google’s services to people who currently can’t get them because they don’t have access to the internet. But what’s interesting about this is that veterans are coming in from other companies to work on the project as well.

It looks like Google is pushing all sorts of boundaries yet again. The truth is that these kinds of bold moves are what got the company where it is today. Here’s hoping this project works out for them and ends up improving internet access on a wider scale. Stay tuned for more news and updates.

I’m Load The Game’s co-founder and community manager, and whenever I’m not answering questions on social media platforms, I spend my time digging up the latest news and rumors and writing them up. That’s not to say I’m all work and no fun, not at all. If my spare time allows it, I like to engage in some good old fashioned online carnage. If it’s an MMO with swords and lots of PvP, I’m most likely in it. Oh, and if you’re looking to pick a fight in Tekken or Mortal Kombat, I’ll be more than happy to assist! Connect with me by email markjudge (@) loadthegame.com only
@@MarkJudgeLTG
Previous The NSA reportedly has the most advanced facial recognition technology
Next Batman: Arkham Knight has been delayed till 2015