Breaking News
Home » GAME TRAILERS » Borderlands: The Pre-sequel will be released on October 14 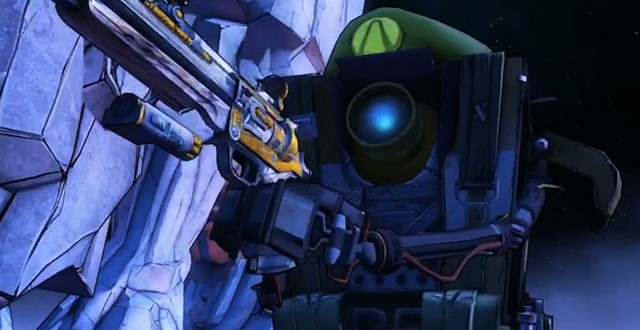 Borderlands: The Pre-sequel will be released on October 14

The latest trailer for Borderlands: The Pre-sequel reveals that it will be released on October 14. The game is set to take place between the first two Borderlands titles and features a younger(and less evil) Handsome Jack. In Borderlands: The Pre-sequel he goes by the name of John and you will be helping him follow his agenda. To do so, you can choose between the four new characters that will be added to the game. Athena The Gladiator, Wilhelm The Enforcer, Nisha the Lawbringer and Fragtrap are the lieutenants helping the future villain. The game comes with a brand new campaign and adds some very interesting new features.

Borderlands: The Pre-sequel takes place on Pandora’s moon, Elpis and features low-gravity combat. Two weapon classes are being added to help you master this new combat style. The Laser class is already a staple in many sci-fi shooters, and we finally get to see it in action here as well. The other weapon class goes by the name of Cryo and will give your weapons the ability to freeze your opponents. Oxygen will count as a finite resource, which has to be replenished and there will also be jetpacks in the game. Yes, jetpacks! “Experience low-gravity gunplay on Pandora’s moon with four new vault hunters and a whole new campaign.”

Pre-ordering the game will grant you access to the Drop Shock Slaughter Pit bonus content. “Enter the Shock Drop Slaughter Pit and face off against the toughest Scavs on Pandora’s moon, Elpis! Survive the battle and you’ll be feared and respected by the few left alive… not to mention the experience and gear you’ll earn!” The DLC takes place in a former Dahl facility on Pandora’s moon. As you might have noticed, the trailer for Borderlands: The Pre-sequel is quite unique. The video was created with the help of Harmonix, developer of Dance Central and Rock Band. “Claptrap’s wub wub dance moves in the Borderlands 2 Doomsday Trailer were so awesome, that 2K and Gearbox wanted to find a way to top them, knowing that it would be tough task,” 2K games said. “And the only way to do that, was to work with Harmonix to make an even awesomer, moon dance sequence just for this trailer.”

Borderlands: The Pre-sequel will be released on October 14 in North America, followed by a worldwide release on October 17. The game will be available for PS3, Xbox 360 , and the PC. Stay tuned for more news and updates.

I’m Load The Game’s co-founder and community manager, and whenever I’m not answering questions on social media platforms, I spend my time digging up the latest news and rumors and writing them up. That’s not to say I’m all work and no fun, not at all. If my spare time allows it, I like to engage in some good old fashioned online carnage. If it’s an MMO with swords and lots of PvP, I’m most likely in it. Oh, and if you’re looking to pick a fight in Tekken or Mortal Kombat, I’ll be more than happy to assist! Connect with me by email markjudge (@) loadthegame.com only
@@MarkJudgeLTG
Previous The latest Unreal Engine 4 update adds Project Morpheus support for PC and PS4
Next Google Street View takes you to the World Cup 2014