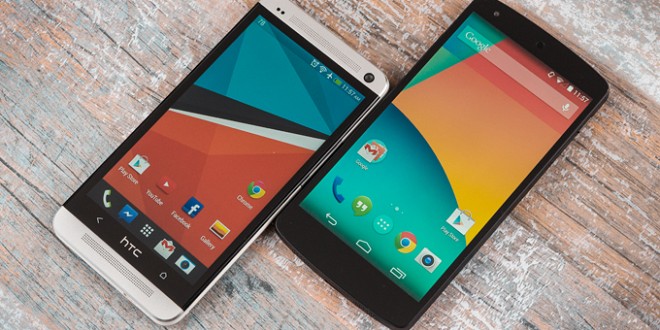 The long-awaited Android 4.4.3 KitKat finally rolled out for all Nexus devices and unfortunately brings with it a number of new bugs. It was meant as a fix by Google for all the issues people were complaining about with the Android 4.4.2. It may have fixed some problems but the WiFi connection problem seems to be persistent. The most affected devices seem to be the Nexus 4 and Nexus 5 as many users complained about unstable WiFi connections, random shut downs, dialer problems, 3G connection problems, camera app problems and Google Play store errors.

Nexus 5 and 4 users complained about random reboots with the Android 4.4.2 and it seems that it was not fixed by the Android 4.4.3 update on all devices. Many users reported issues with the dialer, broken notifications and problems with email exchange. Battery drain problems and 3G connectivity issues are also widespread. Some apps were reported not working, including the Google Play Store, BBC app and the camera application of the Nexus 5 and 4. A few users reported that their Nexus 5 got bricked, but that may have had other causes and wasn’t related closely to the Android 4.4.3 update, probably that’s why it’s not widespread. One user listed four of the main problems he’s experiencing on his Nexus 4:

Some of the reported issues might get easily fixed by booting up the device in Safe Mode, which temporarily disables third party apps which might be the cause of some of the problems. The Google Play Store issues might get fixed by going into Settings>Device>Apps>Google Play Store> Clear Cache.  Not all issues however, have an easy fix and unfortunately Google isn’t planning a new Android 4.4 update for the Nexus 5 and 4.

Before the official roll out of the Android 4.4.3 update for the Nexus clan, rumors mentioned that HTC is planning to push out the update for its regular HTC One M8 and M7 models. According to LlabTooFer, the famous HTC insider, the updates are planned to come out later this month but did not hint to a specific release dates. If you happen to be a proud owner of a Nexus 5 or Nexus 4 please tell us if you’re experiencing any problems with your device after the Android 4.4.3 update.

Tech enthusiast and RPG gamer, I've been surrounded by technology and PC hardware my entire life. I'm fascinated by anything mobile, and when I'm not tinkering with some newly released gadget, I love to immerse myself in the epic tales of Role Playing Games.
Previous Samsung Galaxy S5 and S4 Android 4.4.3 update is almost here!
Next PS4 exclusive Bloodborne presents many challenges to From Software