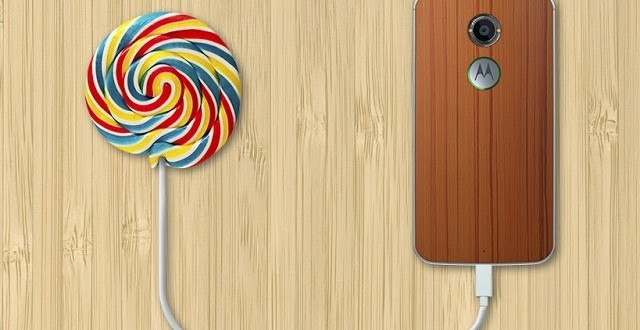 Having the latest version of Android on your smartphone does not always guarantee a pleasant experience as proven by the Moto G 2014 and the latest Android 5.0.2 Lollipop update. The update started rolling out on Motorola devices earlier this month in the US and while it didn’t come with even more bugs, it didn’t fix any of them either. The Moto G 2014 and a whole bunch of other devices have been suffering from various issues ever since they received the first major update to the operating system, namely Android 5.0 Lollipop. Among these problems, we find the already infamous memory leak bug and battery drain issues, which only became more widespread and complemented by other issues with the release on Android 5.0.1 Lollipop.

Many users were hoping that Android 5.0.2 Lollipop would be able to fix this problem, but as it turns out, the update only includes some minor fixes for internal alarms and storage management. Google seems to be aware of these issues and is said to be working on a new update as we speak. The company released Android 5.0.2 Lollipop factory images only for a handful of its Nexus devices thus far and it’s rumored that the remaining ones will skip directly to the next version once it becomes available, as the latest one doesn’t really provide the necessary fixes. Meanwhile, owners of the Moto G 2014 and other Motorola devices who have already updated to the latest version are advised to be patient because bug fixes are expected to arrive with Android 5.0.3 Lollipop and their devices will be among the first to receive it.

Google still hasn’t announced the next update, but sources close to the matter are claiming that it won’t be ready by the end of this month, so expect to see it sometime during February. Also, we can’t be sure that it’s going to be called Android 5.0.3 Lollipop, but that’s what everyone is assuming since it comes immediately after Android 5.0.2 Lollipop. Even though Android Lollipop brings a lot of new and interesting features to the table, Moto G 2014 users (and everyone else for that matter) who are still running on KitKat should consider staying on this version for a while longer because it’s much more stable. Once 5.0.3 gets announced and starts rolling out we’ll make sure to let you know. Stay tuned.

I’m Load The Game’s co-founder and community manager, and whenever I’m not answering questions on social media platforms, I spend my time digging up the latest news and rumors and writing them up. That’s not to say I’m all work and no fun, not at all. If my spare time allows it, I like to engage in some good old fashioned online carnage. If it’s an MMO with swords and lots of PvP, I’m most likely in it. Oh, and if you’re looking to pick a fight in Tekken or Mortal Kombat, I’ll be more than happy to assist! Connect with me by email markjudge (@) loadthegame.com only
@@MarkJudgeLTG
Previous PS Vita Shooters – Top 10 Rundown
Next GTA V: Review for Next-Gen

Verizon is once again (very) very late to the party when it comes to Android ...