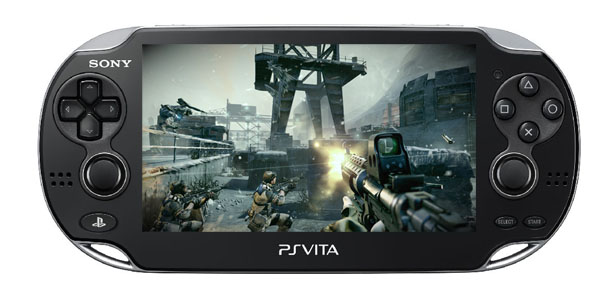 It’s been over half a year since Vita got its last shooting game, and with no others on the horizon until the much-anticipated port of Resident Evil Revelations 2 comes this Summer, now would be a perfect time for you frag heads to catch up on any of the shooters you may have missed over the last few years. So sit back, relax and enjoy my rundown of 10 fully 3D shooters (or shooting-heavy action games) currently available for the Vita, in order of release (not quality). Without further ado, let’s get on with this shall we?

Little has to be said about Uncharted Golden Abyss as it has all the makings of your average Uncharted game, meaning you know what to expect. Once again you play as Nathan Drake, risking life and limb in your hunt for fortune. You will navigate through dense forests, dangerous rivers and ruins of ancient cities, scale rocky mountains and climb your way to the top of a gigantic temple-pyramid. All the while you will fight off swarms of enemies with your guns and your fists, protect your allies and solve puzzles. The campaign is rather lengthy at around 10-15 hours (depends on difficulty setting, your skill and whether you go for collectibles), and aside from its slightly sub-native resolution, the graphics are without a doubt some of the most jaw-dropping ever seen on a handheld.

Furthermore, you have the top-notch voice acting and cutscene quality that you have come to expect from this series. The gunplay mechanics are solid as they are on console, with the same heavy focus on cover, and some scripted moments where you must take out waves of enemies in inconvenient positions (while abseiling down a cliff or scaling a wall). The only annoyance comes with the interference of quick-time events during melee attacks, and at just about every point when you need to cross a fallen trunk to get to the other side, you will be expected to waggle your vita from side to side to prevent Nate losing his balance. That nitpick aside, there is little else to complain about. Golden Abyss is one game every vita owner needs.

For the gamers that lamented the lack of SOCOM on Vita, after four great titles on PSP, the replacement upon moving to Sony’s next generation handheld was Unit 13. Developed under the now closed Zipper Interactive who were responsible for PSP’s first two SOCOM games (the latter two were developed under Slant Six Games…which is also closed), Unit 13 is truly the closest there is to it on the Vita and it stacks up rather well. It lacks any cohesive narrative and instead opts for a self-contained mission approach, with around 40 missions, each independent of each other that can be enjoyed in short bursts. Although most these missions are based on just several repeated maps the amount of content is still sublime, plus the mission objectives and thus your dynamic vary considerably.

There’s a heavy focus on stealth and staying in cover but you can choose from 6 characters, each with their own strengths and weapon load-outs and tackle each mission the way you see fit. The game does not offer much more in the way of variation or depth but it succeeds in what it set out to be: a solid third person shooter. It offers daily challenges to take on (this is still supported in spite of Zipper being closed) and a decent online co-op mode, that is if you can find anyone online to play with. All in all, it’s a quality package for any fan of shooters who can look past the absence of a story, a lack of depth and a multiplayer mode that is on life-support.

The last portable outing for Resistance, Retribution for the PSP, was by all accounts, a great success. It took the excellent Resistance formula and brought it to the handheld realm in a third person view, without any major sacrifices, and held its own as a great addition to the franchise, courtesy of SCE Bend’s excellent skill and prior experience with making shooters for the PSP. For Burning Skies, Nihilistic Software took the reins and you can rest assured that all the trademarks of Resistance are here, and mowing down waves of chimaera remains a thrill but regrettably, Burning Skies just misses the mark. One of the biggest issues with the game is its linearity. There is never an opportunity to deviate and it is actually rather claustrophobic thanks to invisible walls and obnoxious, arbitrary crates at every turn. As a result of such closed-off environments, combat itself feels too straightforward, without any interesting vantage points and it rarely encourages you to use the weapons with special abilities (eg: firing through walls).

Another disappointing aspect is the over-reliance on the touch-screen for certain inputs, but that can’t always be avoided with the Vita’s lack of a second set of triggers. That being said, the controls mostly feel natural and frankly, the core gameplay mechanics are solid and enjoyable. The campaign is short but Nihilistic Software made it appealing enough with that signature Resistance tone that you will likely want to replay it at some point. Furthermore, the environments are surprisingly varied, meaning the somewhat repetitious enemies won’t be enough to make you lose interest. There is also a multiplayer mode but it definitely won’t stand the test of time. Perhaps the single, best aspect of Burning Skies is the dead-easy platinum trophy that is almost guaranteed in a single playthrough. Like most of Nihilistic’s games, it was unfairly slated. While it hardly set a benchmark for handheld shooters, it is a pleasing romp and another excuse to shoot chimaera and a new opportunity to split their skulls open with your axe.

Steve belongs to a species of gamer whose natural habitat is England. He is a rare animal that is most commonly found hibernating in front of a tv with a controller in his hand. Occasionally he is spotted at the pub with the rest of his pack (he's definitely the alpha male). He makes growling noises while playing guitar, to show dominance. He's a dangerous mammal that will rip a game to shreds if it rubs him the wrong way, but he's a lovable creature at heart that likes hugs and pizza.
@acraftyape
Previous Top Ten Android Apps of 2017
Next Moto G 2014 bugs caused by Android Lollipop will continue to be an issue for a while longer 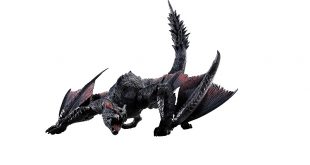