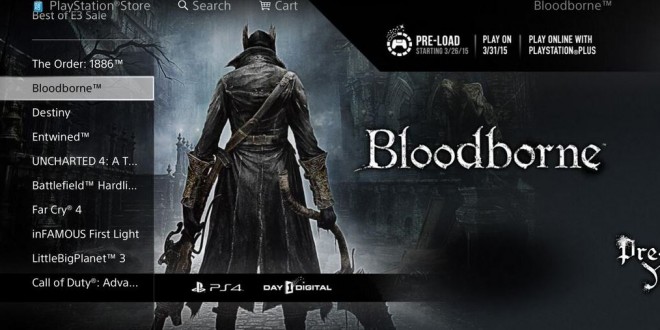 The first game which will take advantage of this feature will be Transformers: Rise of the Dark Spark, which launches on June 24th. Sony mentions that all games that were made available for pre-order on the PlayStation Store on or after May 20 will be pre-loaded. They also say that a useful timer has been included, which will tell exactly when you can start playing the game. Last but not least, the company reminds us that although they are focusing on PS4 pre-orders at the moment, the pre-load feature is available for the PS3 as well. Stay tuned for all the latest news and updates.

I’m Load The Game’s co-founder and community manager, and whenever I’m not answering questions on social media platforms, I spend my time digging up the latest news and rumors and writing them up. That’s not to say I’m all work and no fun, not at all. If my spare time allows it, I like to engage in some good old fashioned online carnage. If it’s an MMO with swords and lots of PvP, I’m most likely in it. Oh, and if you’re looking to pick a fight in Tekken or Mortal Kombat, I’ll be more than happy to assist! Connect with me by email markjudge (@) loadthegame.com only
@@MarkJudgeLTG
Previous Far Cry 4 devs are open to “weird experiments like Blood Dragon”
Next Amazon Fire Phone announced