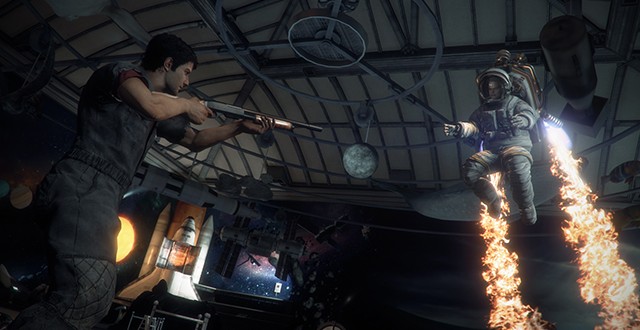 Capcom announced earlier this month that Dead Rising 3 will be making its way to the PC sometime in the near future. According to Steam, the title will be released on September 5th and it’s already available for pre-order. Additionally, you can even get it pretty cheap if you move fast because the game is part of the Steam Summer Sale and comes at a 25% discount. Pre-ordering Dead Rising 3 will usually cost you $50, but for a limited time you can grab the zombie bashing action-adventure title for only $37.49. As of this writing, the special offers only lasts for about 28 more hours so you better hurry up.

Dead Rising 3 was originally launched back in November for the Xbox One only and was one of the first exclusive titles to grace Microsoft’s newest console. The PC version of the game will come with some improvements in terms of visuals and will also feature Steam-related additions such as Achievements, Trading Cards, and global leaderboards. Unfortunately the PC port will still be caped at 30 frames per second just like the Xbox One version. However, Capcom did say that they will support any attempt by the community to unlock it, they just wont do it themselves for some reason.

In case you’re unfamiliar with the game here is a short description that should help you get a better idea about Dead Rising 3: “Anything and everything is a weapon in Dead Rising 3. Explore the zombie-infested city of Los Perdidos, and find a way to escape before a military strike wipes the entire city, and everyone in it, off the map. With intense action and an unmatched level of weapon and character customization, Dead Rising 3 delivers a heart-pounding experience unlike any other as you explore, scavenge and fight to survive in a massive open world on the brink of a zombie apocalypse.”

As mentioned by Steam, the game will feature full controller support, but it works just fine with the keyboard and mouse as well. Additionally, if you can’t decide which one to choose you can toggle back and forth between the two in real time. The PC version of Dead Rising 3 will come with upgraded textures for characters, backgrounds, and in-game objects. Moreover, it will run at a higher resolution that the Xbox One version and it also includes wide screen optimization.

As a reminder, you can find a whole bunch of other games besides Dead Rising 3 at a discount as part of the Steam Summer Sale. Some ridiculously cheap ones include The Withcer 2 Enhanced Edition for only $4, Xcom Enemy Unknown for $5, and Farcry 3 also for $5. Check out this page for all the offers and stay tuned for more news.

I’m Load The Game’s co-founder and community manager, and whenever I’m not answering questions on social media platforms, I spend my time digging up the latest news and rumors and writing them up. That’s not to say I’m all work and no fun, not at all. If my spare time allows it, I like to engage in some good old fashioned online carnage. If it’s an MMO with swords and lots of PvP, I’m most likely in it. Oh, and if you’re looking to pick a fight in Tekken or Mortal Kombat, I’ll be more than happy to assist! Connect with me by email markjudge (@) loadthegame.com only
@@MarkJudgeLTG
Previous League of Legends: Riot offers money to employees who quit
Next Titanfall goes free on Origin for 48 hours