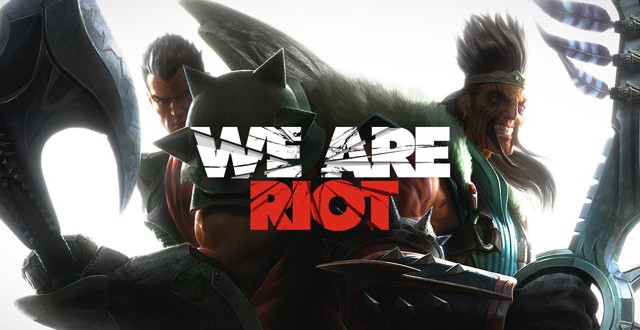 League of Legends: Riot offers money to employees who quit

Riot, the company behind the extremely popular MOBA League of Legends is offering cash to their employees…if they quit. The new initiative called Queue Dogde is aiming to root out people who are only in it for the money by paying 10% of their annual salary if they leave the company. This is only available to North American Riot workers for now, but if the program catches on we’re likely to see it implemented in other regions as well. The company claims that the goal isn’t to push people away, they just want to provide a safe exit path to those who want to leave. As a side note, only newly hired workers(60 days or less) can apply for this initiative.

Aside from getting rid of gold diggers, the company also hopes to “reinforce Riot’s culture” and “backstop the hiring process.” The League of Legends creators explained what exactly this means on their website. “From the beginning, we’ve focused on culture. We operate on a foundation of shared mission, values, passion, trust, and mutual respect. If someone gags on the unique flavor of our culture, they’d be doing themselves and the company a disservice to hang on just for the paycheck. Culturally aligned people and teams are more effective, and alignment around mission and values allows us to better serve players. We’ve designed Queue Dodge to help self-identified mismatches move on in an open, positive, and constructive way.”

“We carefully vet every new hire through a rigorous interview process, but that’s not enough to ensure a great fit every single time. Rather than allow mismatches to fester, we want to resolve them quickly. This is good for the company, and good for the professional. We don’t know yet how many people might choose to Queue Dodge, but we’ll learn from this and make better hiring decisions as a result.”

Riot mentions that they were inspired to do this by an “insanely customer-focused company” that goes by the name of Zappos. They did something similar to the Queue Dodge program back in 2009 when they announced that they were paying $2.000 to employees that quit. Zappos was later acquired by Amazon who then started a pay-to-quit initiative of their own. This is a very bold move by Riot, which will end up hurting them financially, but they look willing to lose some money in order to gain a more dedicated worker base. Stay tuned for more news and updates.

I’m Load The Game’s co-founder and community manager, and whenever I’m not answering questions on social media platforms, I spend my time digging up the latest news and rumors and writing them up. That’s not to say I’m all work and no fun, not at all. If my spare time allows it, I like to engage in some good old fashioned online carnage. If it’s an MMO with swords and lots of PvP, I’m most likely in it. Oh, and if you’re looking to pick a fight in Tekken or Mortal Kombat, I’ll be more than happy to assist! Connect with me by email markjudge (@) loadthegame.com only
@@MarkJudgeLTG
Previous Nokia releases the Z Launcher app for Android phones
Next Dead Rising 3 PC launches September 5th according to Steam