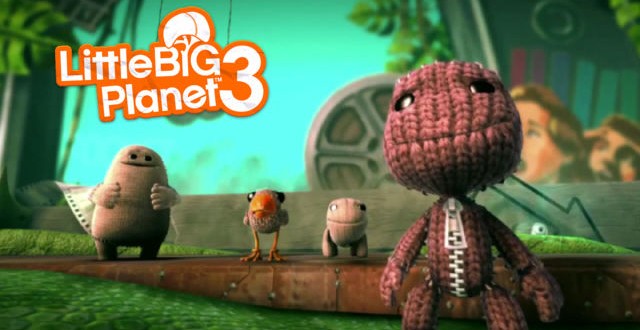 LittleBigPlanet 3 was announced by Sony earlier this month during their E3 2014 media briefing. The game is being developed by Sumo Digital and Xdev, and will arrive for the PS3 and PS4 sometime during November. The upcoming title will come with some new features for Create Mode and will introduce three brand new characters in addition to Sackboy. These new additions are called Swoop, Oddsock, and Toggle, and will each offer a unique gameplay experience. XDev’s Pete Smith said during E3 that the team wanted to make each character look “very iconic from a silhouette point of view, so that when you look at them together you can instantly tell them apart.” Today Sony revealed new descriptions and pictures for each of the new characters in LittleBigPlanet 3 and you can view them below. 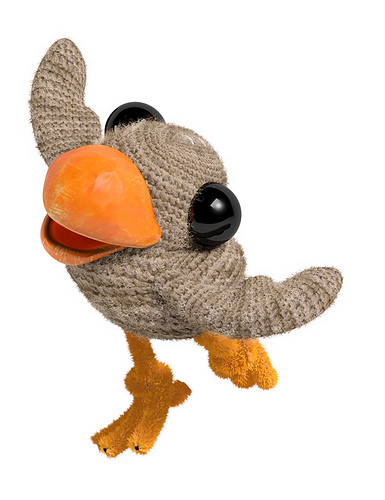 “Swoop was the first one we came up with. He has a specific purpose – Swoop can fly, and he can access hard to reach places. One of the most useful things with Swoop is that he can pick things up – objects, but also the other characters, with the exception of ‘big’ Toggle.” 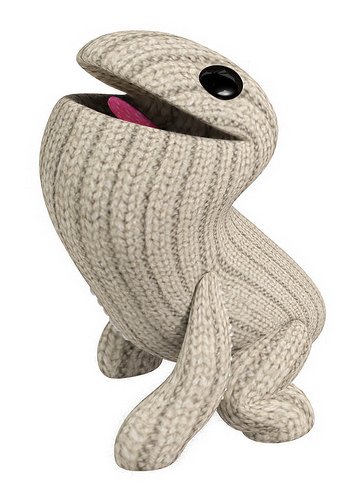 “Then there’s Oddsock, who’s a four-legged character. He’s not quite a dog; he’s more… well, he’s just an odd sock! Oddsock can wall jump and wall slide, and is really fast. Once you play the Oddsock levels and start nailing your jumps, it’s really fluid and much quicker than the familiar LBP gameplay. It’s a very different experience – we didn’t just want him to be Sackboy on four legs, we wanted him to be his own unique character.” 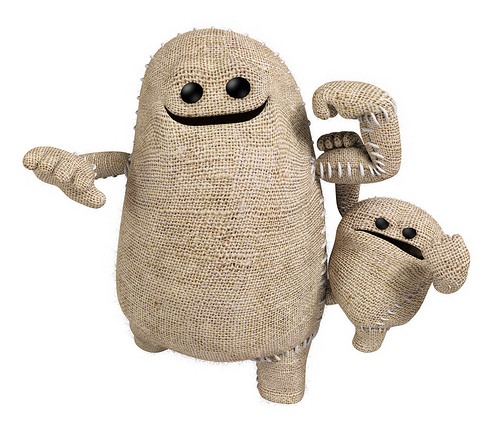 “Finally we’ve got Toggle. Toggle can be big, or he can be small. Toggle started off as just one character – big Toggle – but it didn’t quite give you enough combinations, and that’s what LittleBigPlanet really needs. What we like in LBP is that we want everything to be very intuitive, so when he’s big he’s strong and heavy, and when he’s small he’s light and quick – it’s obvious. When you play the game it feels really natural – you’ll instantly know where to use him, and it brings in a nice puzzle element. He also brings with him a hell of a lot of gameplay possibilities, especially when you start using some of the customisation features.”

LittleBigPlanet 3 features a four-player co-op mode and beautifully crafted levels to go with it. Solving the puzzles will be quite challenging at times from what we saw at E3 so collaboration will be essential. Luckily each of the four characters plays out very differently which means that things will never get dull, especially since you can also play any levels you have created in LittleBigPlanet and LittleBigPlanet 2.

I’m Load The Game’s co-founder and community manager, and whenever I’m not answering questions on social media platforms, I spend my time digging up the latest news and rumors and writing them up. That’s not to say I’m all work and no fun, not at all. If my spare time allows it, I like to engage in some good old fashioned online carnage. If it’s an MMO with swords and lots of PvP, I’m most likely in it. Oh, and if you’re looking to pick a fight in Tekken or Mortal Kombat, I’ll be more than happy to assist! Connect with me by email markjudge (@) loadthegame.com only
@@MarkJudgeLTG
Previous The McLaren, the successor to the Nokia Lumia 1020 will use Microsoft’s Kinect technology
Next Sunset Overdrive lets you play female assassins, but Unity doesn’t