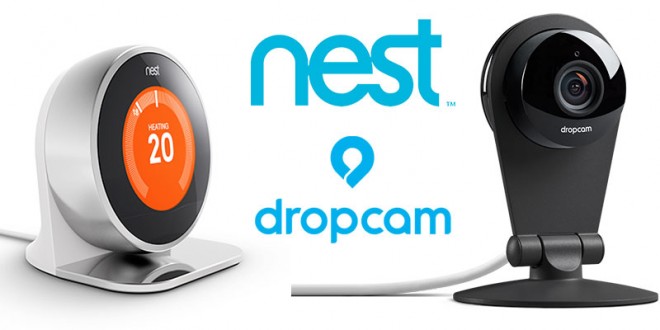 Nest recently spent $555 million in order to buy Dropcam, a company best known for their Wi-Fi video streaming services. Earlier this year, Nest itself was purchased by Google for no less than $3.2 billion. The company claims that they spent quite a bit of time looking at camera companies and technologies before finally choosing Dropcam. This decision was influenced by the fact that the two companies have a lot of things in common. Both have been built from the ground up with the goal of changing the way people interact with their homes. Nest’s founder and head of Engineering Matt Rogers said in a blog post that this collaboration aims to shape the future of smart homes, but mentions that nothing will change over night. He also explains how Dropcam will be integrated with Nest and Google.

“Eventually, the plan is for us to work together to reinvent products that will help shape the future of the conscious home and bring our shared vision to more and more people around the world. For now though, not much will change. Dropcam products will still be sold online and in stores. And Dropcam customers will still continue to use their Dropcam accounts.”

“Once the deal closes, we’ll incorporate Dropcam into how we do business at Nest. That includes how we handle everything from customer support to customer privacy. Like Nest customer data, Dropcam will come under Nest’s privacy policy, which explains that data won’t be shared with anyone (including Google) without a customer’s permission. Nest has a paid-for business model and ads are not part of our strategy. In acquiring Dropcam, we’ll apply that same policy to Dropcam too.”

Although this acquisition was only made recently it seems that other plans for the future are already in motion. For the moment, the Nest Protect is just a smoke and carbon monoxide detector, but there are signs that it might become much more soon. The Nest Protect product page claims that “A new Nest Protect that works with wired security systems is already on its way.” While Dropcam is not a home security company they did announce a couple of features last month that can definitely help with that. However, they only offer wireless cameras so Nest must be working with another company for the wired security systems that work with Nest Protect.

We’ll let you know as soon as we learn something new so stay tuned for more news and updates.

I’m Load The Game’s co-founder and community manager, and whenever I’m not answering questions on social media platforms, I spend my time digging up the latest news and rumors and writing them up. That’s not to say I’m all work and no fun, not at all. If my spare time allows it, I like to engage in some good old fashioned online carnage. If it’s an MMO with swords and lots of PvP, I’m most likely in it. Oh, and if you’re looking to pick a fight in Tekken or Mortal Kombat, I’ll be more than happy to assist! Connect with me by email markjudge (@) loadthegame.com only
@@MarkJudgeLTG
Previous Mozilla’s Firefox OS stick is looking to challenge Chromecast
Next The Last of Us PS4 gets a $10 price-cut from Sony