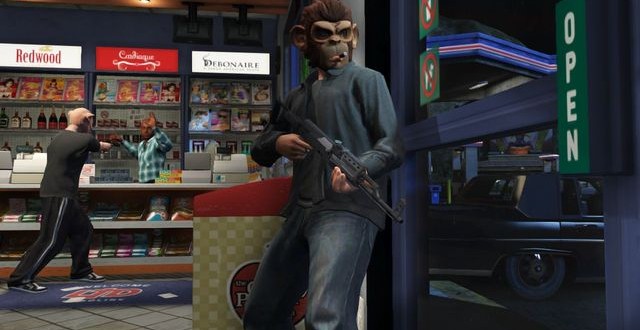 Details for a number of GTA Online Heist missions have been recently leaked on Gyazo. The leak comes from none other than DomisLive, a Youtube user credited with revealing important information about the GTA Online “I’m Not a Hipster” update prior to its release. He, in turn, credits two other sources that are presumably quite reliable. In the description of his video we can find a link that leads to the previously mentioned website where the GTA Online Heist missions details have been uploaded. You can read all about them below, but remember to regard these as plain rumors until Rockstar actually announces something.

– Prison van rescue : Criminals intercept a noose van driven by NPCs and free the gang member then take him back to the gang house. 16 cops and 16 criminals can join the mission. Opens at rank 5 and is triggered by phone call.
– Drop off hooker : Blips will appear in player’s territories. Player has to go and pick up a prostitute and drop her off somewhere. The player has a time limit.
– Funeral: Gang members must escort a lieutenant’s hearse through town. Rival gang members have to get in the hearse and destroy it. This triggers after Escort Crook Boss if the boss is killed. Funeral home coords 410, – 1485.

– Territory Takeover: Players can fight to take over territory in the game, this will produce a revenue stream for them.
– Fight Gangmate: Two teams have to have a fist fight with each other. The gang lieutenant gets two team mates to have a fight as part of the initiation.
– Cop Territory: Cops are put onto the territory take over missions, they get no choice whether to take them or not.
– Ornate Bank Heist: Get behind the counter of the bank, hack into the vault, steal the money and take it to the drop off location. 16 cops and 4 criminals can join this mission.

– FIB Grab: Abseil down FIB tower, break in, download data, escape. 4 crew, 3 abseilers, 1 driver, 16 cops and 4 criminals can join this mission. All 4 heli to FIB roof, 3 abseil down tower, smash window into office and hack a data terminal to get classified data. Meanwhile, driver dumps chopper and collects getaway car and escape to gang house. Skydive out office to getaway car and escape to gang house. Cops join once crook is inside the office, cops are told to arrest the crooks. FIB office has AI agents that must be shot, 2 waves of AI agents enter based on hack progress. Shoot to kill.

Aside from the Heist missions, DomisLive also revealed that a new DLC is coming to GTA Online soon. Entitled Independence Day Pack, this update is said to arrive just in time for the 4th of July Holiday. The contents of this pack are still unknown, but it will presumably include fireworks and other items used for celebrating Independence Day. We’ll let you know as soon as we learn something else so stay tuned.

I’m Load The Game’s co-founder and community manager, and whenever I’m not answering questions on social media platforms, I spend my time digging up the latest news and rumors and writing them up. That’s not to say I’m all work and no fun, not at all. If my spare time allows it, I like to engage in some good old fashioned online carnage. If it’s an MMO with swords and lots of PvP, I’m most likely in it. Oh, and if you’re looking to pick a fight in Tekken or Mortal Kombat, I’ll be more than happy to assist! Connect with me by email markjudge (@) loadthegame.com only
@@MarkJudgeLTG
Previous Oxford University invents breakthrough facial recognition software
Next Ubisoft’s Valiant Hearts: The Great War releases later today