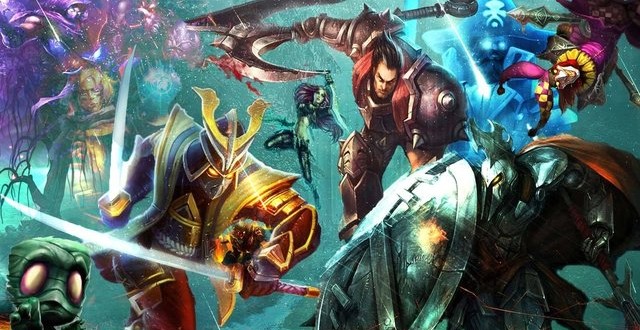 Riot announced back in November that the League of Legends 2014 World Championships will take place in South Korea. Recently the company followed up by revealing a few more specific details in regards to the location. This year’s championships final will be hosted October 19th on the Sangam Stadium, best known for serving as a venue for the 2002 FIFA World Cup. The stadium has a capacity of 66.000, but large screens are likely to be installed which will take up some of the space. In any case, there will probably be at least 40 thousand people attending.

Now, while the League of Legends 2014 World Championships final and semi finals will take place on the stadium, the other matches will not. Riot revealed the schedule and it seems like this year the group stages will take place in Taipei and Singapore in September. The remaining teams will then head to Busan, South Korea where they will battle it out in the quarterfinals. Finally, the victorious teams will head on to the Sangam Stadium in Seoul for the final confrontation. Aside from the schedule, Riot also announced the new format that’s very similar to one used in the current FIFA World Cup.

“Three top teams from NA, EU, Korea, and China will join two teams from Taiwan and SEA and two wild card winners to fight on the global battlefield. The teams will be placed into four groups and battle it out in the group stages before the top two teams from each group move on to the quarter-finals.” Riot concluded by saying that they are increasing the number of wild card teams in the hopes of discovering new talented players from around the world. Last but not least, we have some additional details about the most important League of Legends event of the year thanks to a tweet from Whalen Rozelle, Riot’s director of e-sports. He said: “Excited to announce that the 2014 World Championship will take place in five venues, four cities, three countries – over five weeks!”

The only thing that Riot still hasn’t announced yet is the prize pool. Last year’s League of Legends Season 3 World Championships featured over $2 million so we can expect to see at least a little more than that this year. Meanwhile, the prize pool for Dota 2’s The International 4 is very close to reaching the staggering amount of $10 million. Can League of Legends even hope to match this massive sum? We’ll just have to wait and see.

I’m Load The Game’s co-founder and community manager, and whenever I’m not answering questions on social media platforms, I spend my time digging up the latest news and rumors and writing them up. That’s not to say I’m all work and no fun, not at all. If my spare time allows it, I like to engage in some good old fashioned online carnage. If it’s an MMO with swords and lots of PvP, I’m most likely in it. Oh, and if you’re looking to pick a fight in Tekken or Mortal Kombat, I’ll be more than happy to assist! Connect with me by email markjudge (@) loadthegame.com only
@@MarkJudgeLTG
Previous Destiny Xbox beta launches in “late July”
Next LG G Pad 8.3 Google Play Edition Android 4.4.4 OTA update imminent!