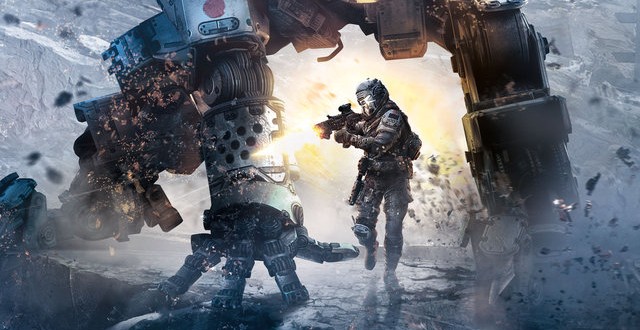 Titanfall update 4 coming tomorrow for PC and Xbox One

The fourth update for Respawn Entertainment’s online FPS Titanfall will be arriving tomorrow for PC and the Xbox One. This update comes with the usual assortment of bugfixes and balance changes, but some brand new features have been added as well. Among them we can find the Featured Game Modes. The first one is being called Marked For Death, and Wingman Last Titan Standing will follow shortly. These games modes will be available for a limited time only, but new ones will be added periodically. Aside from game modes, 14 Titan Burn Cards will also be added with the new update. These work exactly like the Pilot Burn Cards except that you can only use them on Titans.

Speaking of Titans, you will have the possibility of customizing them with Insignias in the near future. These emblems are unlocked by completing various challenges, but if you already meet the requirements for one of them, that emblem will be ready to use once the update kicks in. Another interesting new feature comes in the form of two new Titan OS Voices called Lisa and Jeeves. Last but not least, a new set of Achievements will be available to those who purchased the Titanfall Expedition DLC. We’ve covered the new features so let’s take a look at some of the other changes coming with update 4. Some of the most important ones can be seen below.

Finally, the upcoming Titanfall update also comes with some much needed balances changes and bugfixes. If you want to check out the full list of patch notes click here. Respawn said earlier on Twitter that the update will start rolling out for Titanfall tomorrow. Stay tuned for more news and updates.

I’m Load The Game’s co-founder and community manager, and whenever I’m not answering questions on social media platforms, I spend my time digging up the latest news and rumors and writing them up. That’s not to say I’m all work and no fun, not at all. If my spare time allows it, I like to engage in some good old fashioned online carnage. If it’s an MMO with swords and lots of PvP, I’m most likely in it. Oh, and if you’re looking to pick a fight in Tekken or Mortal Kombat, I’ll be more than happy to assist! Connect with me by email markjudge (@) loadthegame.com only
@@MarkJudgeLTG
Previous Samsung Gear Live and LG G Watch available today
Next Oculus hits back at ZeniMax over lawsuit