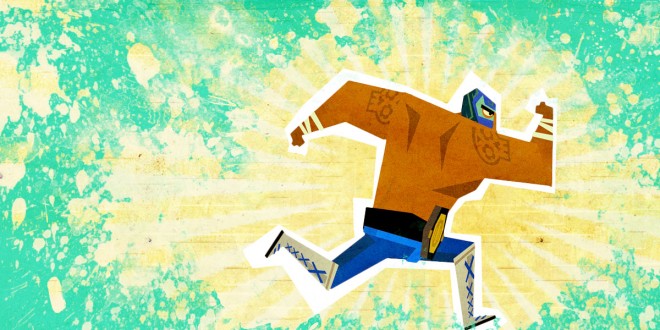 New free Games with Gold for July, including Guacamelee!

Microsoft has announced the new free games available for the month of July, as part of their Games with Gold program.

For the Xbox One, in a somewhat strange move, one of the free Games with Gold for June, Max: The Curse of Brotherhood, seems to be remaining free throughout July. The 2D sidescroller is an excellent game with its brilliant puzzles and stunning enviroments. The other free game for June, Halo: Spartan Assasult, however, will be replaced by Guacamelee! Super Turbo Chamionship Edition, the crazy fun brawler/platformer coming via the [email protected] program. The already awesome Guacamelee! was originally launched as an exclusive downloadable game on PlayStation, but Guacamelee! Super Turbo Championship edition is appearing on the Xbox this time around, with loads of new content, levels, bosses, and enemies.

Meanwhile, two more games are going free on Xbox 360 as well. For the first half of July, the free game will be Gotham City Imposters, a multiplayer shooter with roots in Batman’s universe but no featuring the main character. The game is plenty fun, with Joker and Batman themed characters shooting and blowing each other up with predictably crazy, outrageous weapons. For the second half of the month, BattleBlock Theater will be made available for free in its place. The funny stick-puppet art style and frantic gameplay make this platformer a must download.

The Games with Gold program is monthly, which means you still have a couple of days to get June’s free games. Halo: Spartan Assasult is available for Xbox One, and for Xbox 360, the funky RPG Charlie Murder is completely free, along with the instant classic Super Street Fighter IV: Arcade Edition. As long as you are a Gold member, you have nothing to lose by downloading any of these great games. Microsoft is giving all these games away for free, so get busy downloading, and check back for new free Games with Gold games next month!

I’m Load The Game’s co-founder and community manager, and whenever I’m not answering questions on social media platforms, I spend my time digging up the latest news and rumors and writing them up. That’s not to say I’m all work and no fun, not at all. If my spare time allows it, I like to engage in some good old fashioned online carnage. If it’s an MMO with swords and lots of PvP, I’m most likely in it. Oh, and if you’re looking to pick a fight in Tekken or Mortal Kombat, I’ll be more than happy to assist! Connect with me by email markjudge (@) loadthegame.com only
@@MarkJudgeLTG
Previous Google’s Project Tango Tablet will be ready for consumers next year
Next Sniper Elite 3 coming July 1st for PS3, PS4, Xbox 360, Xbox One and PC