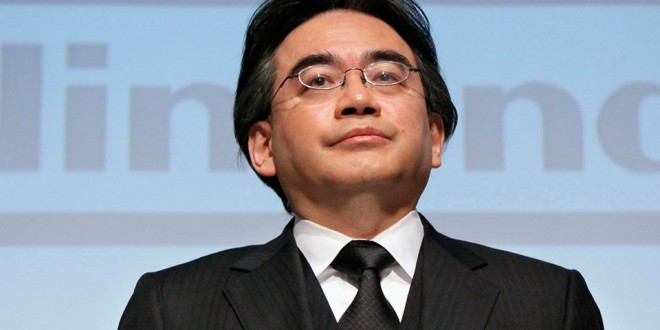 Nintendo shareholders have voted to keep Satoru Iwata as company president at the Annual General Meeting of Shareholders. This shows that shareholders have kept faith in company executives even though they are currently going through a period of poor financial results. Also re-elected were gaming legend Shigeru Miyamoto and head of internal development Shinya Takahashi.

Nintendo has been facing poor financial results for the past several years thanks to their hardware largely underperforming. With a lack of consoles in the hands of gamers it also severely limits the how many games they can sell, further cutting into their profits. Earlier in the year, the company announced that it was revising the forecasts it had previously made for their hardware sales. Both the Wii U and the 3DS had their expected sales projections drastically cut. Nintendo now only expected the Wii U to sell a third of the original prediction while the 3Ds had underperformed by around 5 million units. This led to Nintendo announcing an annual loss in May, for the third consecutive year. The loss amounted to $229 million. However, the company still has a large amount of cash reserves and assets to prevent it from becoming financially insecure. But Nintendo executives will be desperate to try to recapture the success they had with the Wii that was the biggest selling console of the last generation.

Despite the doom and gloom, Iwata has previously said that he expects sales of the Wii U to increase in the near future thanks to a number of games from established franchises being released. This year’s E3 saw the Japanese publisher announce a host of new titles from classic series including, StarFox, Kirby and the Rainbow Curse, Yoshi’s Woolly World and Hyrule Warriors. More importantly though they also released more information about a The Legend of Zelda game for the Wi U along with the latest Super Smash Bros. These games may well drive Wii U sales, as Mario Kart 8 helped to increase the number of Wii U in a week by 666% when it released in May.

Freelance writer with a love for gaming. Have owned pretty much every console and handheld from the last 15 years. When I'm not writing about games, which I am most of the time, I tend to be reading, writing about sport, binge watching shows on Netflix...or playing the odd video game.
@nathanpgibson
Previous New Humble Weekly Bundle is all about adventure
Next Nintendo Sells 2 Million Copies of Mario Kart 8 in First Month