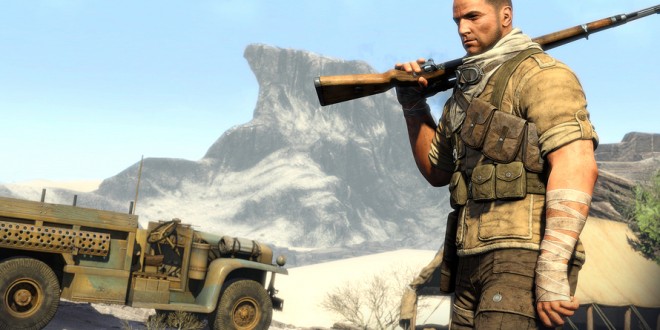 Sniper Elite 3 developer Rebellion has announced in a forum post on Steam that “a total of 7050 Sniper Elite 3 keys were compromised”, and have revoked all these codes.

Rebellion says that these Steam keys were stolen from them and sold to multiple unregistered vendors. From the official post: “To clarify, one of our PC retail distributors informed us that some of their allotted Steam keys were stolen. We believe these keys were then resold to multiple companies, with no payments going to either Valve or the retail distributor. Steam were immediately informed and have now revoked that set of keys.”

“As a developer Rebellion are happy for you to purchase the game anywhere you see fit and support price competition in the PC market – we have in no way targeted any specific vendors (who may have also thought these keys were legitimate), just this one set of keys.”

As compensation to any of the buyers of said illegitimate Steam codes, Rebellion is offering the “Target Hitler” DLC pack for free. The DLC was originally offered as part of the pre-order package for Sniper Elite 3, and now that many users may need to repurchase their games, the developer is giving it away to anyone who had their key revoked. “All we can suggest if you have been affected is to please contact your vendor and first ask for a replacement key, and then contact us for the free pre-order DLC if you are successful.” said Rebellion. The company also provided a list of reliable, legitimate vendors from which to purchase the digital key.

Sniper Elite 3 debuted to generally favorable reviews, and is currently atop the game sales list in the UK. It is unfortunate to have so many people lose out on a great game because of someone else’s crimes, but at least Rebellion is doing its best to help out anyone who was effected.

I’m Load The Game’s co-founder and community manager, and whenever I’m not answering questions on social media platforms, I spend my time digging up the latest news and rumors and writing them up. That’s not to say I’m all work and no fun, not at all. If my spare time allows it, I like to engage in some good old fashioned online carnage. If it’s an MMO with swords and lots of PvP, I’m most likely in it. Oh, and if you’re looking to pick a fight in Tekken or Mortal Kombat, I’ll be more than happy to assist! Connect with me by email markjudge (@) loadthegame.com only
@@MarkJudgeLTG
Previous The Order: 1886 will be a “story driven linear experience”
Next Samsung Galaxy Note 3 is getting Android 4.4.2 update with Download Booster