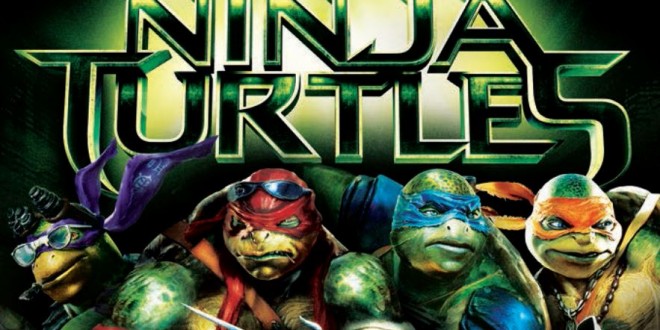 To go along with the new Michael Bay produced Teenage Mutant Ninja Turtles movie, starring Megan Fox and Will Arnett, coming to theaters, Activision is releasing a tie-in 3DS game with the same name.

The hack-and-slash style brawler will allow players to swap between all four Teenage Mutant Ninja Turtles, each having a unique skill set that will help them defend New York City. Players can also level up their favorite characters, with new powers, abilities, and stat points, with the ability to collect raw materials throughout the game which can be made into weapons back at the Turtles Lair. The game is being developed by Magic Pockets, the same studio behind the last Teenage Mutant Ninja Turtles game, as well as several ports for iPhone and DS.

Here is Activision’s official description of the game: “Nickelodeon’s justice-sworn, pizza-fuelled, half-shelled heroes in green are back in Activision’s Teenage Mutant Ninja Turtles, a third-person action game coming to Nintendo 3DS hand-held system, just in time for the release of the Paramount Pictures’ film of the same name. Mad genius Baxter Stockman’s mutant and robotic horrors have teamed up with the shadowy armies of the Foot Clan to terrorize New York City and only Leonardo, Raphael, Michelangelo and Donatello can protect its subways, sewers, rooftops and streets from their devastating campaign.”

As with most movie tie-in video games, don’t expect much out of this one. Movie production studios generally get games made alongside their films as a way to promote, generate excitement, and cash in on people coming out of the movie wanting more. They are generally small, low effort affairs, so there is not much expected, but there have been exceptions, and some video games based on movies are sometimes better than the film itself. If you are a die-hard Teenage Mutant Ninja Turtles fan who can’t get their hands on enough TMNT content, this game releases alongside the movie later this summer.

I’m Load The Game’s co-founder and community manager, and whenever I’m not answering questions on social media platforms, I spend my time digging up the latest news and rumors and writing them up. That’s not to say I’m all work and no fun, not at all. If my spare time allows it, I like to engage in some good old fashioned online carnage. If it’s an MMO with swords and lots of PvP, I’m most likely in it. Oh, and if you’re looking to pick a fight in Tekken or Mortal Kombat, I’ll be more than happy to assist! Connect with me by email markjudge (@) loadthegame.com only
@@MarkJudgeLTG
Previous Rumors about the Samsung Galaxy Note 4’s camera emerge
Next Crytek launches free-to-play shooter Warface on Steam