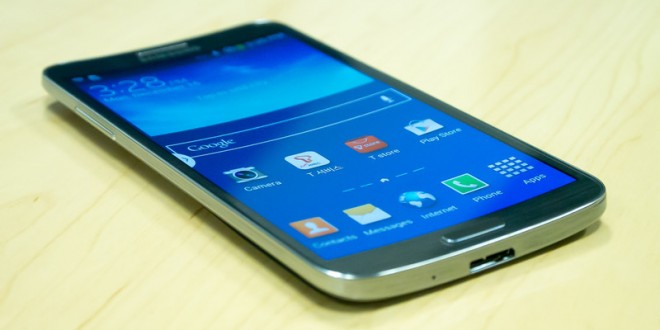 Samsung Galaxy Note 4 to get aluminum chassis and curved display

Bored of the same old designs Samsung is coming up with on every new device? A lot of people definitely are. In all honestly, the Samsung Galaxy S5 didn’t do much to revolutionize the standard Samsung mobile phone design that we’ve grown accustomed to during the last few years. Perhaps that is why the phone, despite benefiting from aggressive marketing campaigns, is doing moderately in terms of sales and isn’t bringing in impressive figures. But things do seem to be looking up, and it seems Samsung is finally ready to take things a step further with the Samsung Galaxy Note 4.

The upcoming and highly anticipated phablet from Samsung is still kept under wraps, but we do know that it will have two versions – a standard one, and a Premium one, which seems to be getting all the goodies. The South Korean tech website ETNews (thanks go to Techradar for the translation) reports that the Samsung Galaxy Note 4 will be getting a premium version to go along with the standard one, and that this premium version will get a lot of interesting materials, from an aluminum chassis to stainless steel and even magnesium. Ok, so the Note 4 Prime will be quite heavy then, but it’s still a nice change from the plastic casings Samsung has gotten us used to. In addition, we might be finally getting a curved display, something Samsung has been toying around with for awhile. Of course, a curved screen may put off a lot of potential buyers, buyers that prefer more conventional smartphone designs (hence the poor sales of the Galaxy Round). Still, I won’t say no to something new, as I’m personally bored with the same ol’ designs Samsung has been coming up with.

As for what’s under the hood, the Samsung Galaxy Note 4 will obviously include top-of-the-line hardware, paired with the latest Android KitKat 4.4, and, apparently, a 16 MP camera which promises to be a huge upgrade, since it will also come with OIS. Samsung will most likely reveal the Note 4 on the 5th of September, when IFA kicks off in Berlin, a perfect time to try to combat the iPhone 6’s rumored 19th of September launch. How does a metal, curved display premium Samsung Galaxy Note 4 sound?

Old-school gamer with a cheeky tongue that gets me in trouble. When I'm not playing games, I'm writing about them, preferably in the vicinity of a fridge! Oh, and if you're a Justin Bieber fan, I'm afraid we can't be friends!
Previous iPhone 6 release date and price leaks in China
Next Harmonix hints at next generation Rock Band