Breaking News
Home » Tech » Nokia Lumia 530 officially unveiled, said to be “the most affordable Lumia yet” 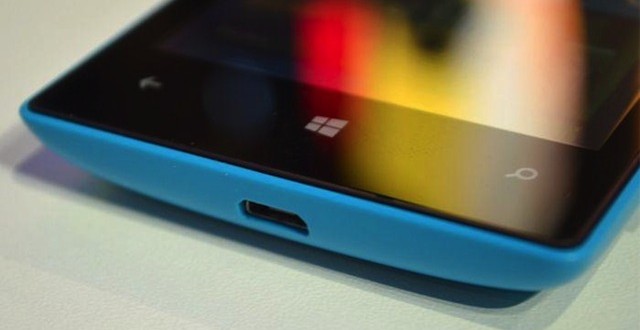 Nokia Lumia 530 officially unveiled, said to be “the most affordable Lumia yet”

Nokia Lumia 530 is no longer just a rumor as it was officially unveiled earlier. As its name implies, the device is Lumia 520’s successor and comes with a somewhat better set of specs than the previous model, although it’s also a bit of a downgrade in some respects. The good news is that it’s still very cheap all things considered, and in fact we’re looking at “the most affordable Lumia yet” according to the company. The Nokia Lumia 530 runs on the Windows 8.1, which is great news for many, but there are still some who would have preferred to see it equipped with the Android operating system instead from what we’ve heard.

The device sports a 4-inch LCD display with 854 x 480 resolution, which is similar to the Lumia 520’s screen except for the fact that it also comes with a 16:9 aspect ratio. A quick peek under the hood reveals a Qualcomm Snapdragon 200 quad-core processor clocked at 1.2 GHz. By comparison, its predecessor only featured a 1 GHz dual-core CPU. An interesting observation we need to make is that the GPU seems to have been downgraded. While the Nokia Lumia 520 has an Andreno 305, the Lumia 530 only comes equipped with an Adreno 302. Overall this shouldn’t make that much of a difference, but it seems like a strange decision regardless.

Speaking of downgrades, you now only have 4GB of internal storage memory whereas before you had 8GB. On the bright side, the microSD card slot is now good for up to 128 GB additional memory instead of just 64GB. Some other specs include 512 MB RAM, 5MP camera, 1.430 mAh battery, and single or dual-SIM options. We can find something very similar on the Nokia Lumia 520 except that the Lumia 530’s camera can no longer record 720p videos and the battery is almost 2 mm thicker for some reason. Also, the previous model doesn’t come with dual-SIM. Overall the smartphone looks to have taken a step back to be honest, but at least the price is still very low and you can buy it for about $115 when it releases in August. If you already own a Lumia 520 this might not actually be worth it judging by its specs, but ultimately the choice is up to you.

“We are moving quickly to help more people experience the uncompromised Lumia technologies, third party apps, and Microsoft services that we deliver on our flagship products, “ said Jo Harlow, Corporate Vice President of Microsoft Devices Group. “Lumia 530 underscores our commitment to making affordable smartphones for everyone, and introducing more people to the best of Microsoft.”

I’m Load The Game’s co-founder and community manager, and whenever I’m not answering questions on social media platforms, I spend my time digging up the latest news and rumors and writing them up. That’s not to say I’m all work and no fun, not at all. If my spare time allows it, I like to engage in some good old fashioned online carnage. If it’s an MMO with swords and lots of PvP, I’m most likely in it. Oh, and if you’re looking to pick a fight in Tekken or Mortal Kombat, I’ll be more than happy to assist! Connect with me by email markjudge (@) loadthegame.com only
@@MarkJudgeLTG
Previous Areal surpasses funding goal, is suspended by Kickstarter
Next Star Wars Battlefront and Star Wars Episode 7 will be released around the same time