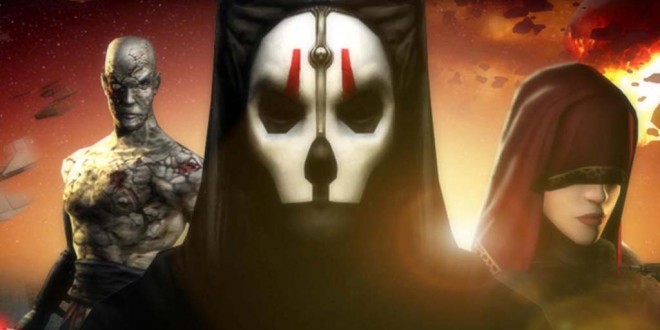 Obsidian would like to develope Knights of the Old Republic 3

Alder went on to say that that if they got a chance to developer a sequel to the game they would be more than willing to do so. “It’s something that comes up every three to six months,” Adler added. “We bring it up and talk about it. Not anything terribly serious, but we just say ‘wouldn’t it be cool if?’ and just develop some ideas for what we’d do with that stuff.”

Obsidian worked on Knights of the Old Republic 2 after BioWare recommended them work on the sequel to the original RPG game. They released the game in 2004 and have since developed other titles including Alpha Protocol, Fallout: New Vegas and South Park: The Stick of Truth. They are currently working on the fantasy RPG Pillars of Eternity following a successful crowdfunding campaign on Kickstarter.

Knights of the Old Republic seems like an unlikely proposition for the time being. 2012’s The Old Republic saw the series move away from its RPG roots into the MMO space. With that title set to continue running into the near future, another game in the series would most likely not be considered viable. Any possible future title in the series would also have to be negotiated with EA, who have licensed the rights to produce Star Wars game from Disney.

Freelance writer with a love for gaming. Have owned pretty much every console and handheld from the last 15 years. When I'm not writing about games, which I am most of the time, I tend to be reading, writing about sport, binge watching shows on Netflix...or playing the odd video game.
@nathanpgibson
Previous Samsung Galaxy S5 makes fun of the iPhone 6 in new commercial
Next Warcraft movie logo and weapons showcased during Comic-Con 2014