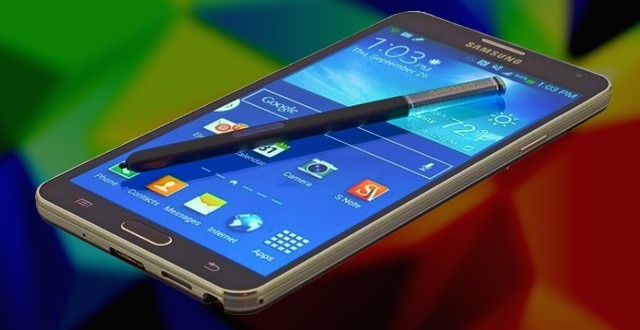 The Samsung Galaxy Note 4 might just be the most highly anticipated device of the year, save maybe for Apple’s iPhone 6. Rumors saying that the phablet will be announced at the IFA Trade Show in Berlin have circulated for many months now. Word on the street is that the device will be unveiled in early September at the event, and be released sometime towards the end of the month. But now some industry sources close to the matter are claiming that the Samsung Galaxy Note 4 will not only be announced in early September, but it will also be released then as well. According to Korean outlet ETNews, mass production for the device will begin next month in preparation for the early release.

This decision isn’t all that strange if we were to take into consideration Samsung’s latest earnings report. It seems that the company isn’t particularly happy with how the Galaxy S5 sold in the second quarter of the year, which is way they are planning to release the Samsung Galaxy Note 4 a bit early. The Galaxy S5’s poor sales during Q2 were most likely caused by the LG G3, which released on May 28th in South Korea and globally about a month after. We assume that by September many people will already be looking for the next big thing given how fast the market evolves. Aside from the Samsung Galaxy Note 4, the iPhone 6 will also launch during the same month.

Generally speaking, the two lines of devices haven’t been in direct competition with one another. However, rumor has it that Apple will launch two variants of the flagship, one of which will have a 5.5-inch display. Meanwhile, the Samsung Galaxy Note 4 will again feature a 5.7-inch panel if rumors are to be believed, which means the two wont be that far away in terms of screen size. But Apple will launch the 4.7-inch iPhone 6 first with the bigger one to arrive at a later time. The reason for this could be so that the two variants do not compete with one another, or so the story goes. At any rate, this will benefit the Samsung Galaxy Note 4 and the Korean company’s decision to change the release date means that it will be the only device to launch in early September.

The Samsung Galaxy S5 might not have sold as well as anticipated, but Samsung can potentially make up for it by releasing the phablet ahead of the competition.

I’m Load The Game’s co-founder and community manager, and whenever I’m not answering questions on social media platforms, I spend my time digging up the latest news and rumors and writing them up. That’s not to say I’m all work and no fun, not at all. If my spare time allows it, I like to engage in some good old fashioned online carnage. If it’s an MMO with swords and lots of PvP, I’m most likely in it. Oh, and if you’re looking to pick a fight in Tekken or Mortal Kombat, I’ll be more than happy to assist! Connect with me by email markjudge (@) loadthegame.com only
@@MarkJudgeLTG
Previous Motorola’s Moto X+1 allegedly showed in new leaked images
Next Release date for Middle-earth: Shadow of Mordor brought forward