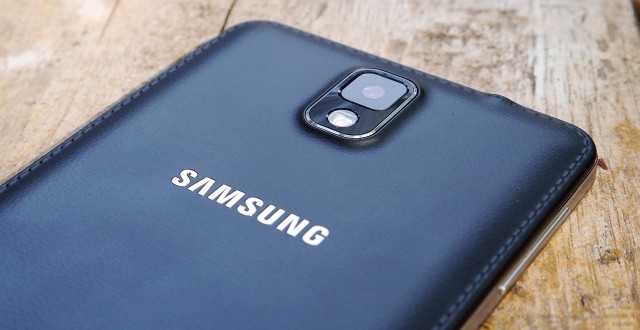 The Samsung Galaxy Alpha is the company’s first Android handset to feature a metallic chassis, or so the story goes. Rumors about the device haven’t been circulating for that long, but lately they have become a lot more frequent. The reason for this is that a recent leak was claiming the Samsung Galaxy Alpha will be officially announced on August 4th, which is just a few short days away. However, today another source says that the release date was pushed back a bit and now the device will be announced on August 13th instead. This date actually coincides with a previous rumor so it seems a little more plausible that August 13th will be the day Samsung will announce its latest device.

Aside from the release date, the source also managed to reveal some of the specs. The Samsung Galaxy Alpha will presumably come equipped with a rather small 4.8-inch display with 720p resolution. While the screen is not too impressive by today’s standards, the handset makes up for it with its powerful Exynos 5433 chipset. According to a recent benchmark test, this chipset is even more powerful than the Snapdragon 805. By comparison, Samsung’s current flagship, the Galaxy S5 only comes equipped with a Snapdragon 801 so the Alpha seems to have a lot going for itself, at least as far as processing power goes.

The rest of its specs are nothing to write home about, but they’re definitely not bad either. Samsung Galaxy Alpha is expected to feature a 12MP rear-facing camera with LED flash, a 2MP secondary camera, 2GB of RAM, and 32GB internal storage memory. The source also mentions that the device will not come equipped with a microSD card slot so 32GB is all we get. Looking at these specs we can’t really figure out who Samsung wants to target with this phone. On one hand the handset features a very powerful processor, but on the other it only comes with average display and memory so it’s by no means a high-end device.

Speaking of the display, its smaller screen would make it a suitable competitor for the iPhone 6, which measures 4.7-inches. As for the specs, we’re not really certain what Apple’s flagship will end up packing so we can’t yet tell which one is better. Also, the Samsung Galaxy Alpha is still unannounced yet so this is all just another rumor for now. That means that it should be taken with a healthy pinch of salt until the company actually confirms something.

I’m Load The Game’s co-founder and community manager, and whenever I’m not answering questions on social media platforms, I spend my time digging up the latest news and rumors and writing them up. That’s not to say I’m all work and no fun, not at all. If my spare time allows it, I like to engage in some good old fashioned online carnage. If it’s an MMO with swords and lots of PvP, I’m most likely in it. Oh, and if you’re looking to pick a fight in Tekken or Mortal Kombat, I’ll be more than happy to assist! Connect with me by email markjudge (@) loadthegame.com only
@@MarkJudgeLTG
Previous Bioware’s Mass Effect 4 panel from SDCC is now available to watch online
Next Verizon’s variant of the LG G Pad 8.3 LTE gets Android 4.4.2 KitKat update