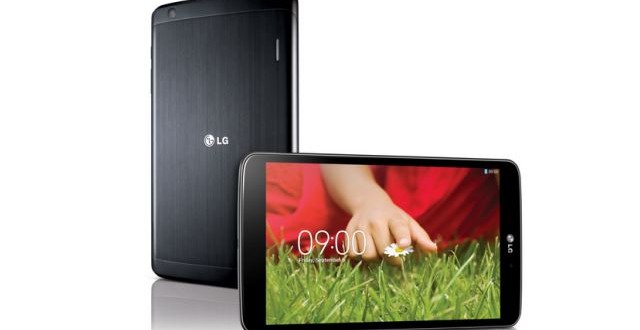 Most devices running on the Android operating system have already upgraded to Android 4.4.3 KitKat or even Android 4.4.4 by now, but there are a few that are still lagging behind. Verizon’s LG G Pad 8.3 LTE is one such example. The device is only now getting Android 4.4.2, but I guess it’s better late than never. The update is rolling OTA (over-the-air) as we speak and should get to everyone in no time. Then again, Verizon are known for taking their sweet time on occasion so you might end up waiting another day or two. 4.4.2 KitKat comes with a few enhancements over the previous version as well as a few changes to the user interface. The update also adds the Knock Code feature to the LG G Pad 8.3 LTE. The full list of changes can be found below.

Not exactly a lengthy list of improvements, but the Knock Code is definitely worth noting. This is a feature that can be found on many other LG devices and provides users with an additional layer of security. The other additions are also nice, but I’m guessing that some users might take issue with the interface changes. On the other hand, changes like this are always “hate it or love it” so some people might end up actually enjoying the new user interface. As you might image, there is no news on when Verizon will catch up with the rest of the world and start rolling out further updates for the LG G Pad 8.3 LTE.

I’m Load The Game’s co-founder and community manager, and whenever I’m not answering questions on social media platforms, I spend my time digging up the latest news and rumors and writing them up. That’s not to say I’m all work and no fun, not at all. If my spare time allows it, I like to engage in some good old fashioned online carnage. If it’s an MMO with swords and lots of PvP, I’m most likely in it. Oh, and if you’re looking to pick a fight in Tekken or Mortal Kombat, I’ll be more than happy to assist! Connect with me by email markjudge (@) loadthegame.com only
@@MarkJudgeLTG
Previous Samsung Galaxy Alpha release date and specs leaked again
Next Beyond Good and Evil 2 is still in the works, but no release date yet