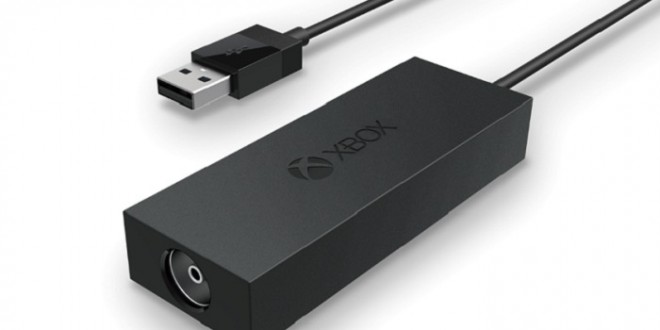 Xbox One Digital TV Tuner for announced for Europe

Today Microsoft has announced a new add-on for the Xbox One. It is Xbox One Digital TV Tuner and it represents a completely new way to watch TV on your Xbox One. The tuner itself is designed to function just like the HDMI pass-through port. The main implication for this is that users can now watch free to air TV with all the benefits of digital television (like pausing) and without the subscription. Moreover, the Kinect 2 Sensor will allow you to verbally select channels and programmes through OneGuide. Supported standards are DVB-T, DVB-T2 and DVB-C, which cover quite a lot. The Tuner is also capable of receiving Radio broadcasts. The only countries that will get their hands on this new add on are UK, France, Spain, Germany and Italy. No US for the time being, surprisingly. The retail cost will be ₤24.99 for the UK and €29.99 for the other European countries.

Here is the list of features that Microsoft has posted on Xbox Wire:

I’m Load The Game’s co-founder and community manager, and whenever I’m not answering questions on social media platforms, I spend my time digging up the latest news and rumors and writing them up. That’s not to say I’m all work and no fun, not at all. If my spare time allows it, I like to engage in some good old fashioned online carnage. If it’s an MMO with swords and lots of PvP, I’m most likely in it. Oh, and if you’re looking to pick a fight in Tekken or Mortal Kombat, I’ll be more than happy to assist! Connect with me by email markjudge (@) loadthegame.com only
@@MarkJudgeLTG
Previous League of Legends 2014 World Championships prize pool smaller than anticipated
Next Destiny will be a 10-year project according to Bungie