Breaking News
Home » LTG Slider » Dota 2 vs League of Legends? There’s a mod for that 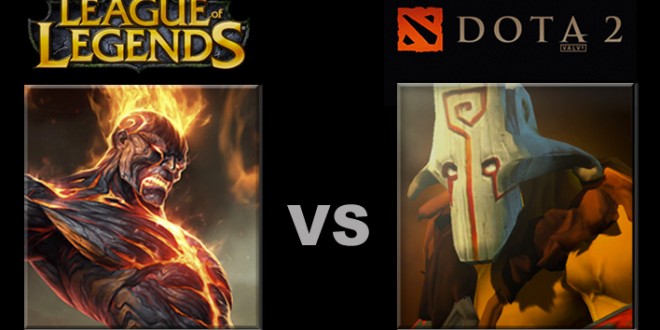 Dota 2 vs League of Legends? There’s a mod for that

The glorious PC gaming master race is famous for its modding skills, but somehow there was never a serious attempt at pitting against each other the two biggest MOBAs out there. Well, now at long last a brave soul is confident that he can achieve this feat. There are plenty of rivalries out there: PS4 vs Xbox One, Android vs iOS, Pepsi vs Coke etc. But when it comes to competitive gaming there is only one that truly matters, and that’s Dota 2 vs League of Legends. You know how there’s always “an app for that”? On PC there’s a mod for pretty much everything and this is no exception. The said brave soul took upon himself the task of creating a map on which the two rival communities can finally battle it out to the death.

The project seems fresh and the modder doesn’t give a whole lot of details on its Tumblr page, but he was kind enough to share a couple of images showcasing his progress. At first glance it seems that he isn’t just content with implementing a way for the Dota 2 heroes and League of Legends champions to beat each other senseless, he also wants to create a new battleground for them to do it on. This new map will presumably combine elements of the two games, but for now it just looks like the League of Legends Summoner’s Rift map with Dota 2 towers. All this is being done in Valve’s Hammer editor, which received a few improvements last week when the Workshop Tools Alpha were added.

This mod is called Defense of the Legends and will be available only as a custom game for Dota 2. As mentioned, the project is very early in development so it may take a while before we’ll be able to play it. But kudos to the modder at any rate, this seems like a great idea.

I’m Load The Game’s co-founder and community manager, and whenever I’m not answering questions on social media platforms, I spend my time digging up the latest news and rumors and writing them up. That’s not to say I’m all work and no fun, not at all. If my spare time allows it, I like to engage in some good old fashioned online carnage. If it’s an MMO with swords and lots of PvP, I’m most likely in it. Oh, and if you’re looking to pick a fight in Tekken or Mortal Kombat, I’ll be more than happy to assist! Connect with me by email markjudge (@) loadthegame.com only
@@MarkJudgeLTG
Previous New Dead Island 2 gameplay trailer is jam packed with blood and gore
Next Future LG smartphones to have bootloader unlocking

Half-Life 3 has become memetic among the gaming community. Being an awaited continuation of a ...