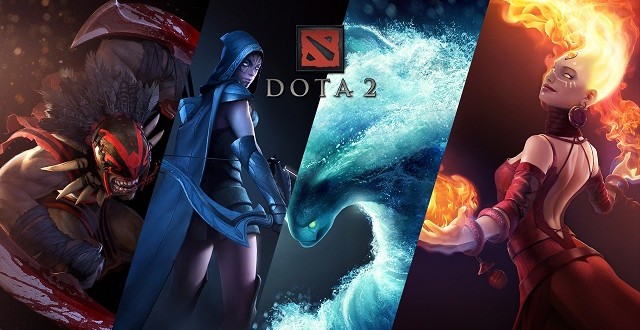 As most of you probably know already the original Defense of the Ancients started off as just a mod for Warcraft 3. Blizzard’s excellent real-time strategy game had a plethora of community-created mods, but Dota is definitely the most famous by far. It did spawn a brand new genre of games after all. Its successor, Dota 2 managed to become even more popular than the original and currently has one of the biggest communities out there. Thanks to its Steam integration, players are able to create all sort of cosmetic content via the Workshop. However, creating mods was a bit more difficult due to the lack of proper tools, but luckily Valve stepped out their game and released the Dota 2 Workshop Tools earlier.

These tools are currently in Alpha and have high system requirements so you’ll need a pretty beefy machine to use them. Also, Valve says that issues are bound to occur in this early release, but promises they will take player feedback into consideration and are working hard on improving them. Over time the tools will become less demanding so that all Dota 2 players can try their hand at modding. You can check out some of the features offered by the Workshop Tools below.

Interestingly enough, yesterday’s Dota 2 update which added the Workshop Tools seems to have included something else as well. As Rock, Paper, Shotgun points out, there appears to be some evidence that the game is being ported to the Source 2 engine. “Dota 2 Workshop Tools Alpha is Dota 2 running on the Source 2 engine,” a Reddit user says. “When you compile a map and run it, it launches the Source 2 port of Dota 2 to play. Because of that, Dota 2 is actively being ported to Source 2, and is pretty much working. You can play it, it functions.” We’ll keep you updated with any further developments so stay tuned.

I’m Load The Game’s co-founder and community manager, and whenever I’m not answering questions on social media platforms, I spend my time digging up the latest news and rumors and writing them up. That’s not to say I’m all work and no fun, not at all. If my spare time allows it, I like to engage in some good old fashioned online carnage. If it’s an MMO with swords and lots of PvP, I’m most likely in it. Oh, and if you’re looking to pick a fight in Tekken or Mortal Kombat, I’ll be more than happy to assist! Connect with me by email markjudge (@) loadthegame.com only
@@MarkJudgeLTG
Previous Microsoft Windows Phone 8.1 Update brings new features
Next GTA 5 PC, PS4, Xbox One to sell 2 million copies in one month says analyst