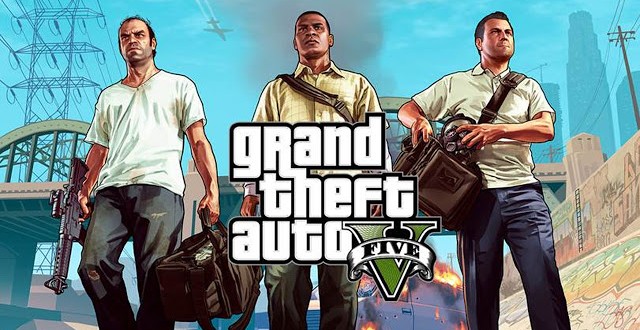 GTA 5 had an incredibly successful launch and is infamous for being one of the fastest selling titles of all time. The game managed to generate no less than $1 billion in just three days after release. These figures are even more impressive considering that it was released only for the Xbox 360 and PS3. But back at E3 Rockstar announced that the long-awaited PC version of GTA 5 was finally coming this Fall, along with the PS4 and Xbox One versions. Naturally, we expect Rockstar to make even more money off the ever so popular game following these new releases. But what kind of money are we talking about here? Well, a Sterne Agee analyst who goes by the name of Arvind Bhatia thinks he can answer this very question.

According to him, GTA 5 PC, PS4, and Xbox One combined will sell around two million copies in their first month after launch, which should generate around $100 million for Rockstar. This sum doesn’t seem all that impressive if we were to compare it to the $1 billion it generated soon after release, but there is an important aspect that needs to be taken into consideration. The game will already be one year old next month so a lot of the hype has already died down. Also, players who already own GTA 5 on Xbox 360 and PS3 are less likely to spend money again on one of the new versions. Furthermore, a Fall release is not exactly ideal considering the high number of major titles that will be released around the same period. This includes Assassin’s Creed Unity, Civilization Beyond Earth, Alien Isolation, Dragon Age Inquisition, Sunset Overdrive, and Destiny among other. Quite the fierce competition.

However, Bhatia speculates that revenue will increase exponentially in the months following the launch as more people switch over to the next generation of consoles. As for the game itself, GTA 5 will be a traditional port more or less, but it will also come with some improvements over the Xbox 360 and PS3 versions. These improvements come in the form of new wildlife, upgraded weather effects, upgraded damage effects, enhanced resolution, finer texture details, increased draw distances, and more. Rockstar still hasn’t announced the date when GTA 5 will make its way to the PC, PS4, and Xbox One, but there are certainly a lot of rumors regarding this. The latest word on the street is that we should expect it on November 14th while some other sources suggest November 7th instead. Either way, take this with a grain of salt until the company makes an official announcement.

I’m Load The Game’s co-founder and community manager, and whenever I’m not answering questions on social media platforms, I spend my time digging up the latest news and rumors and writing them up. That’s not to say I’m all work and no fun, not at all. If my spare time allows it, I like to engage in some good old fashioned online carnage. If it’s an MMO with swords and lots of PvP, I’m most likely in it. Oh, and if you’re looking to pick a fight in Tekken or Mortal Kombat, I’ll be more than happy to assist! Connect with me by email markjudge (@) loadthegame.com only
@@MarkJudgeLTG
Previous Dota 2 Workshop Tools seem to be running on the Source 2 engine
Next Choose your smartphone wisely: Galaxy S5 or HTC M8?