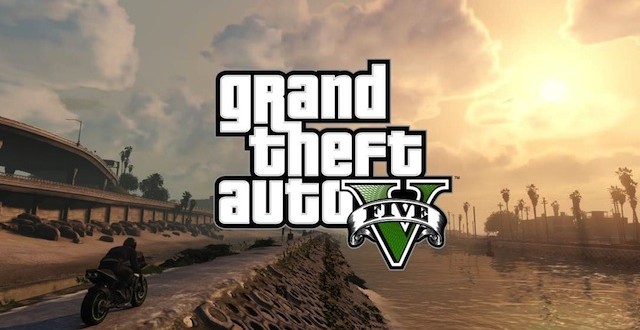 Rockstar Games announced during E3 2014 that GTA 5 is finally coming to PC, Xbox One, and the PS4. The announcement was made during Sony’s press conference and came together with news that these versions of Grand Theft Auto 5 will be arriving sometime this Fall. PC and next-gen consoles owners have been waiting to hear this ever since the popular title was first released back on September 17. A Fall release means that it will take the game around a whole year to grace the mentioned platforms, but the wait will be well worth it. Rockstar said that GTA 5 PC, PS4, and Xbox One versions will feature a number of improvements over their Xbox 360 and PS3 counterparts.

“Grand Theft Auto V will take full advantage of the power of the PlayStation 4, Xbox One and PC with across-the-board graphical and technical improvements to deliver a stunning new level of detail. Increased draw distances, finer texture details, denser traffic, and enhanced resolutions all work together to bring new life to the cities, towns, deserts and oceans of Rockstar North’s epic reimagining of Southern California. ” The company also says that GTA 5 PC, PS4, and Xbox One will be the richest and deepest open world experience to date and will come with a wide range of enhancements. These include new wildlife, upgraded weather effects, upgraded damage effects, as well as an array of new details.

All these additions will also apply to GTA Online, “an ever-evolving Grand Theft Auto universe.” Furthermore, all existing GTA Online content including Jobs, weapons, vehicles, proprieties, and player customization will be available to the PC, PS4, and Xbox One versions once they are released. Additionally, Xbox 360 and PS3 players will have the option to transfer their GTA Online progression and characters to PC and next-gen consoles.  As a final note, Rockstar Games mentioned that the PC version of GTA 5 will feature a video editor that allows for advanced movie-making.

No mention has been made regarding an exact release date or price point. However, we should learn more about prices very soon as Rockstar Games says that GTA 5 for PC, PS4, and Xbox One will be available for pre-order starting tomorrow. We should also learn tomorrow if Rockstar plans on proving the pre-order bonuses that have become customary these days. You can pre-order the game from here once it becomes available. Stay tuned as we bring you all the latest news and E3 2014 coverage.

I’m Load The Game’s co-founder and community manager, and whenever I’m not answering questions on social media platforms, I spend my time digging up the latest news and rumors and writing them up. That’s not to say I’m all work and no fun, not at all. If my spare time allows it, I like to engage in some good old fashioned online carnage. If it’s an MMO with swords and lots of PvP, I’m most likely in it. Oh, and if you’re looking to pick a fight in Tekken or Mortal Kombat, I’ll be more than happy to assist! Connect with me by email markjudge (@) loadthegame.com only
@@MarkJudgeLTG
Previous E3 2014: Battlefield Hardline Closed Beta is live
Next E3 2014: Uncharted 4: A Thief’s End arriving for PS4 in 2015

About one year ago, people were wondering if GTA 5 would ever make it to ...