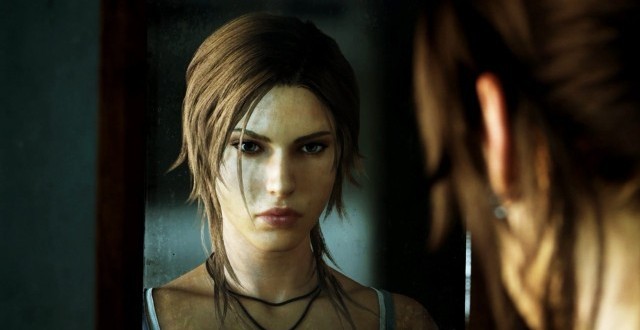 Microsoft announced during their Gamescom 2014 press conference that the highly anticipated Rise of the Tomb Raider will be exclusive to the Xbox One and Xbox 360. This decision was seen as both strange and unfortunate by PS3, PS4, and PC owners who were hoping to get their hands on the game when it releases next year. However, this exclusivity deal “has a duration” according to Microsoft’s Phil Spencer. This means that after the deal expires developer Crystal Dynamics can release Rise of the Tomb Raider on other platforms as well if they want to. Spencer declined to talk about the duration of Microsoft’s deal with Crystal Dynamics and publisher Square Enix, but we’re unlikely to see the game on other platforms until at least 2016.

“When people want me to say, can you tell us when or if it’s coming to other platforms, it’s not my job,” Spencer said in an interview with Eurogamer. “My job is not to talk about games I don’t own. I have a certain relationship on this version of Tomb Raider, which we announced, and I feel really good about our long term relationship with Crystal and Square. I get the reaction I see. If I’m a PlayStation person all of a sudden I feel like, the franchise has gone. I didn’t buy the IP. I didn’t buy the studio. It’s not mine. Where this thing will go over time, just like Dead Rising or Ryse, we’ll see what happens with the game. I don’t own every iteration of Tomb Raider.”

Spencer emphasizes several times during the discussions that Microsoft doesn’t own the rights to Rise of the Tomb Raider and that Crystal Dynamics can do what they want with their IP once the deal ends. Actually, the following sentence can pretty much summarize the entire interview: “Yes, the deal has a duration. I didn’t buy it. I don’t own the franchise.” He seems rather irritated by the fact that people are asking all sorts of questions in regards to the deal, which is understandable. On the other hand, some fans of the series are pointing their fingers at Square Enix instead and are accusing them of pushing away PlayStation an PC owners. However, the studio reminds them that “Microsoft have always seen huge potential in Tomb Raider and have believed in our vision since our first unveil with them on their stage at E3 2011.” So basically this exclusivity deal is just their way of thanking Microsoft for their support.

As Spencer himself mentioned, Dead Rising and Ryse: Son of Rome both started as Xbox exclusives but are now also coming to the PC. This means that there is definitely hope for a PC or PlayStation version of Rise of the Tomb Raider as well at some point.

I’m Load The Game’s co-founder and community manager, and whenever I’m not answering questions on social media platforms, I spend my time digging up the latest news and rumors and writing them up. That’s not to say I’m all work and no fun, not at all. If my spare time allows it, I like to engage in some good old fashioned online carnage. If it’s an MMO with swords and lots of PvP, I’m most likely in it. Oh, and if you’re looking to pick a fight in Tekken or Mortal Kombat, I’ll be more than happy to assist! Connect with me by email markjudge (@) loadthegame.com only
@@MarkJudgeLTG
Previous Ed Boon shares new details regarding Mortal Kombat X’s story and characters
Next Heroes of Might & Magic 7 announced, coming to PC in 2015