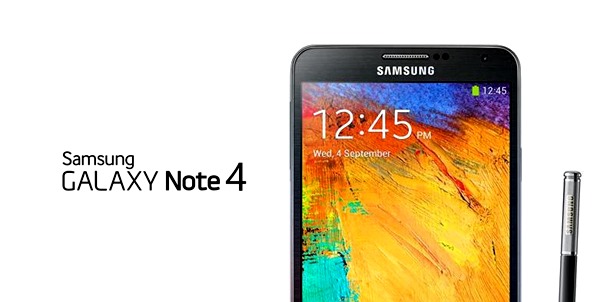 Mistake or not, the Samsung’s Galaxy Note 4 was recently listed on an Indonesian online shop, believe it or not, with a price and some interesting specs. After being revealed in some leaked pictures just the other day, the Galaxy Note 4 appears to be already for sale today, costing IDR 9.499.000, or around €600. In most cases, whenever the price for a not-yet released device is listed, it’s higher than expected so if there are any pre-orders, buyers won’t act surprised if the device is actually cheaper. Well, this is not something similar, because the price of a Note 4 was already discussed regarding its hardware and manufacturing expenses, and it was somewhere around €600. Luck? Maybe. 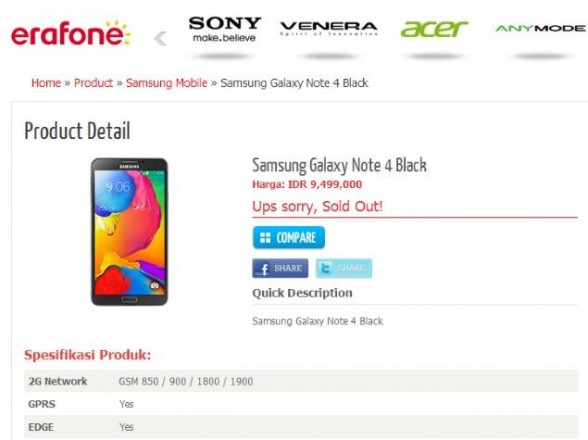 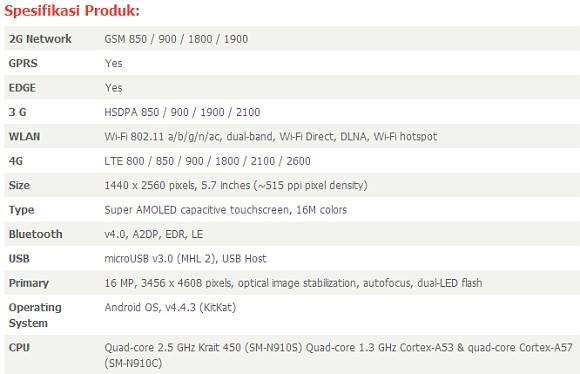 Whether the pricing issue is quite interesting, what’s even more surprising is the specs list, which reveals two versions of the Note 4, regarding the CPU. Rumors about two versions of the Galaxy Note 4, one featuring an Exynos processor while the other coming with a Snapdragon one, sounded pretty incredible at first, but not anymore. From what the so called specs suggest, the Note 4 featuring a 2.5GHz quad-core Snapdragon 805 will have the N910S designation, while the 1.3GHz quad-core Cortex-A53 plus four quad-core Cortex-A57 cores Exynos versions will go by N910C. Two devices or not, the point is both will feature 4GB RAM and come with a 16MP camera. Surprisingly enough is the fact that the Note 4 will be running Android 4.4.3, while the Alpha was just announced with Android 4.4.4 OS. It’s a little hard to believe Samsung’s next flagship will be running an outdated operating system, but who am I to argue the specs?

So there you have it, true or not, but still, it’s more than nothing. At least we’ve learned a couple of things: a price, some specs, the fact that, perhaps, there will be two versions of the Note 4, and that Indonesians are a bit hasty, because there is no official confirmation from Samsung regarding the release of two devices instead on one. But who knows? Considering this week was filled with new rumors and leaked images, we could end-up believing this is nothing but a marketing strategy, and that Samsung is intentionally releasing infos in order to maintain interest. Whatever the case, it’s nice to see the Note 4 being revealed little by little just weeks before the official launching date.

I’m Load The Game’s co-founder and community manager, and whenever I’m not answering questions on social media platforms, I spend my time digging up the latest news and rumors and writing them up. That’s not to say I’m all work and no fun, not at all. If my spare time allows it, I like to engage in some good old fashioned online carnage. If it’s an MMO with swords and lots of PvP, I’m most likely in it. Oh, and if you’re looking to pick a fight in Tekken or Mortal Kombat, I’ll be more than happy to assist! Connect with me by email markjudge (@) loadthegame.com only
@@MarkJudgeLTG
Previous DDR4 RAM will be very expensive at launch, shipments begin this month
Next Samsung announced 20nm process based Exynos 5430 SoC