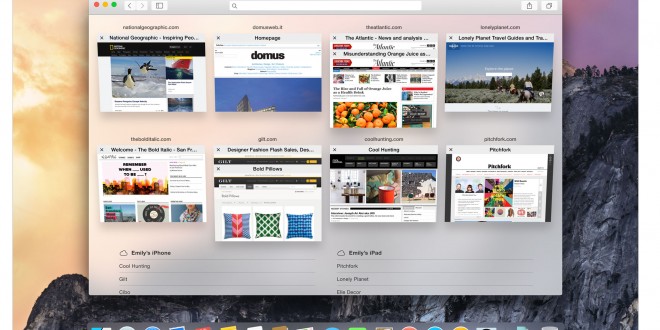 OS X Yosemite Developer Preview 7 was released today and is currently downloadable from the Mac App Store or through the Mac Developer Center. The update is at build 14A343f and comes with a new version of Xcode 6, OS X Server 4.0 Developer Preview and an updated Apple Configurator 1.7.

Apple’s OS X Yosemite beta program has snagged a lot of users interested in seeing the new operating system ahead of its official release, boosting Apple’s numbers. Today’s OS X Yosemite developer preview is just for registered developers, though, so nr. 7 of previews is a bit more restricted than previous ones. There is a difference between the OS X Yosemite version released for beta-testing to the public and the developer preview released only for devs. The dev version has had more updates than the public beta OS did, the public version lagging on its second iteration only.

OS X Yosemite beta edition has reaped a lot of rewards, already being installed on millions of Macs with a much faster growing success than the Mavericks OS had had before its own launch last September. OS X Yosemite is popular thanks to the public version beta Apple released to average users who can peek at what the new OS will bring to them when it fully launches later this Fall.

Apple warns developers that they won’t be automatically logged in after installation of Developer Preview 7. Those with the FileVault disk encryption service enabled will probably end up with a shut-down device if they don’t log in after reboot.Issues with Family Sharing, Gatekeeper, Handoff, iCloud Drive, Aperture, iPhoto, and Safari are still being acknowledged by Apple so that’s an area devs can fiddle with. Shared purchase history remains disabled on the Mac App Store, for instance, while using Handoff to pass an untitled TextEdit document between two Macs may not work properly.Photo applications are still not perfected, so devs should pay attention when importing, exporting and clipping text and photos.

Apple also recommends a thorough website test in Safari because Subpixel rendering will be on by default in OS X Yosemite Developer Preview 7, possibly causing some layout issues and design constraints. Apple’s new OS is becoming successful quite fast and the Fall release of the complete OS X Yosemite will surely be a memorable event in Apple’s history, even though sales might be affected by recent security breaches in Apple’s iCloud service.

My life-long dream has been to test out every gadget on the market! Considering the fact that I've rapidly destroyed almost every gadget I've had so far, I'm not inclined to owning something, so my ideal outcome would be to have a different gadget each month. I'm really into smartphones, wearables and tablets and I love Playstation and Xbox, I'm sure I'll beat you at your own game (after a month of training... or two)
Previous Danganronpa 2: Goodbye Despair was released today
Next Microsoft is confident in the Xbox One’s chances on the Japanese market