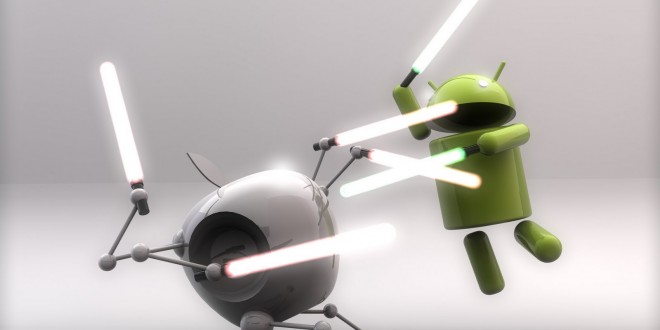 No matter what smartphone, tablet, phablet or any other smart device you’ve got, it’s not much to look at if it doesn’t have the best apps specific for iOS or Android, depending on the case. Constantly checking out app stores is time-consuming, so we’ve created an app list with mostly fresh releases for iOS and Android. Some of the apps are free, some are paid and some function with IAPs, but all of them deserve your attention. 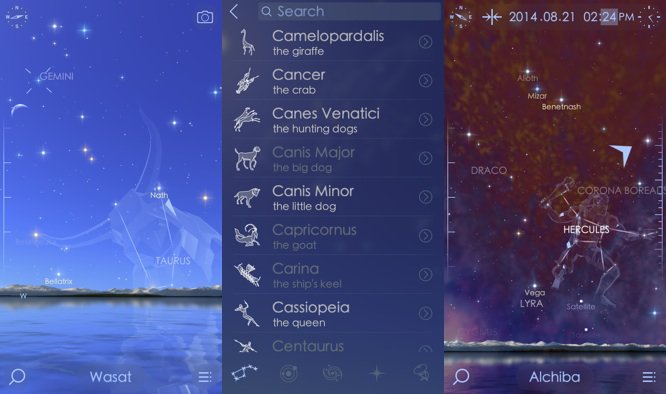 Who doesn’t wonder when looking up at the sky and seeing all those stars floating around, having no idea where humanity comes from? For those of you who nostalgically ponder on everything in the universe, for those who are taken aback by the beauty of our galaxy and solar system, StarWalk 2 is designed for iPhone and iPad and will put you back $1.99, but the app is well worth its money, offering 3d nebulae and all the information you can think of about stars, comets. galaxies, pulsars,constellations and more. 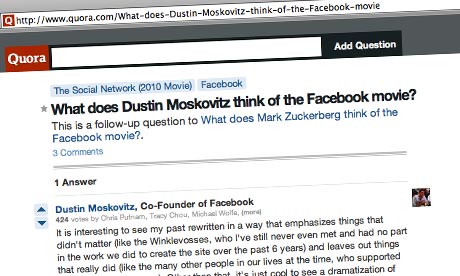 Quora is essential a Q&A application similar to Yahoo Answers. It offers a forum-like platform where you can ask questions and contribute to existing threads. The new version for iOS has been redesigned to work on iPads as well, offering improved readability and posting. Whatever question you have, the many contributors of Quora will surely hope you find an appropriate and correct answer, for free! 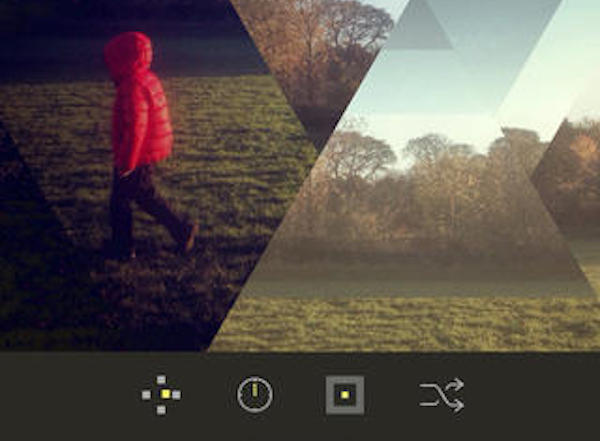 Fragment for Android is up for sale on the app store for $1.20 and it’s essentially a photo manipulation app. What it offers is collage creation from images in your gallery and developers describe is as a prismatic photography application. The collages fragment creates pull geometric patterns and band them together into abstract formations like in the photo you see above. The app has a ton of editing tools and offers social media integration, so its perfect for those of you who would rather not use Instagram and are looking for something a little more effective and customizable. 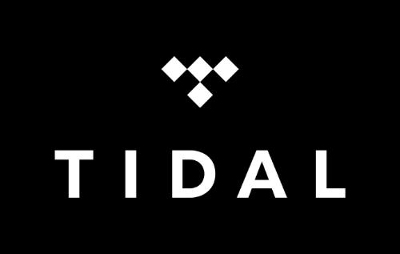 Tidal is here to replace Spotify and advertises itself with its high quality, high fidelity and lossless sound. The app a music and video streaming service with HD music and videos and curated playback. It;s not available in the app store yet, but it will be released sometime this Fall. It has a 25 million track library and 75k video library that will surely cater to all kinds of music enthusiasts out there. The service is not purely designed for music playback, offering much more than that:

The app will be available ad-free for a monthly $19.99 subscription fee, but it will probably pay off to spend that kind of money because the app promises a unique experience for each subscriber.

Delvv is a personalized news feed, much like Feedly, which lets you follow all the news outlets you want to in a simple interface. Whilst Feedly has a pro version which offers you advanced search features, Delvv is completely free. Delvv seems like a productive app that offers you personalized feeds based upon your previously read topics and suggests you feeds and stories that are customized to your own preferences. It also offers a favorite system, bookmarking and voting on articles and is integrated with various social media outlets. Wakie is a a new trending app with a funny concept behind it. It’s an alarm clock based on a community of late-sleepers. The application allows you to set your alarms, but instead of waking you up with a ringtone or a puzzle, Wakie alerts fellow Wakie users who then call you at your set time and talk to you for 60 seconds on the phone, until you wake up. It’s a new concept of a social alarm clock, available for Android, iOS and Windows as well. What’s nice is that your call, regardless whether you’re a waker or a sleeper, will be cut off at the 1 minute mark and phone numbers and identities are not revealed, so it’s a completely safe and fun app. 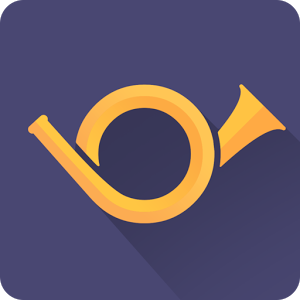 This file sharing app is available for both iOS and Android users, allowing file transfers up to 10 GB large. The app offers e-mail integration and a simple interface through which you can transfer anything from photos to documents and videos. Android users get a little plus feature which allows them to share anything from any app via a simple button, without having to go to the WeTransfer app. The service is completely free and offers integration with your WeTransfer Plus account so you can keep track of your transfers. 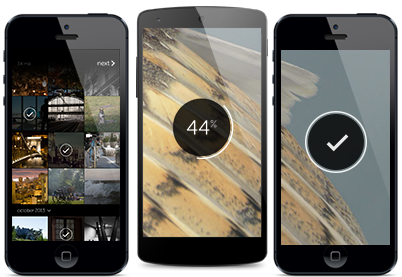 Rove has finally been optimized for Android users and if you don’t know what Rove is, you might want to try it out. Rove is an automatic journal-like app which records your every move in order to create a timeline of your daily life. For those of you who are forgetful even when it comes to the locations you’ve traveled to or the people you’ve traveled with, Rove is the app for you. The app logs your day and you can import your photos so you can create awesome journal entries each day. The app keeps everything private, only sharing stuff if you want it to. 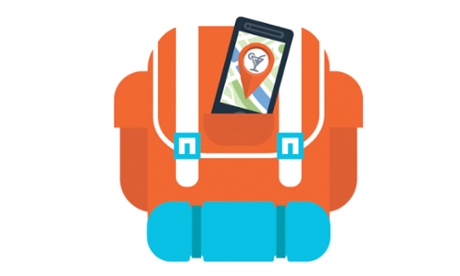 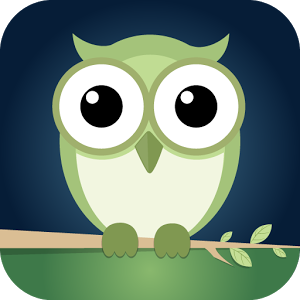 Ooloo is available for both iOS and Android users and the app is basically a search engine much like Google Now, with voice search support. It’s not as advanced as Cortana, Siri or Google, but it can certainly do the job. The difference between Ooloo and other voice search engines is that you don’t get to interact with a computerized counterpart that logs into a server, rather you get actual humans answering your requests. Questions can be recorded and staff is available round the clock, ready to offer you information on restaurants, locations, flights, maps, etc. At the moment, the app is free on both iOS and Android app stores. 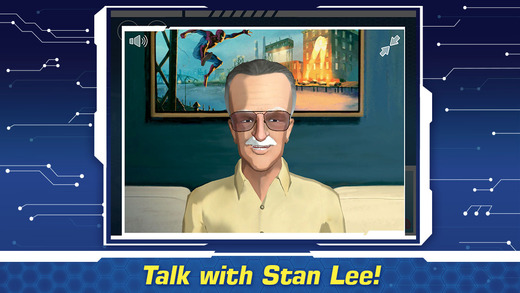 Marvel Origins, the app, is available for iOS only at the moment and is currently free on the iTunes store. Marvel Origins is an action/puzzle game that lets you read stories or listen to them being narrated by none other than Stan Lee, the Marvel genius. All your favorite Marvel superheroes are available to play with and there are a tons of features in the game including mini-games along the stories narrated to you. 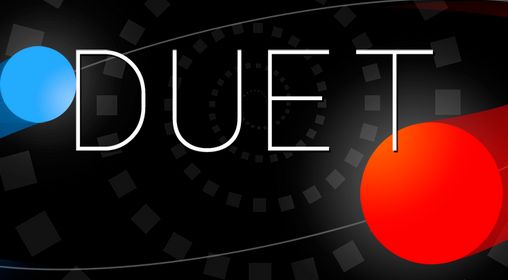 Duet is designed for both Android and iOS. It’s a simple game where you have to control two vessels at the same time in order to survive as long as you can, avoiding obstacles. The game offers you eight replayable levels to play and over 25 achievements.  It boasts with excellent audio effects and offers complete syncing with Google Play gaming services. It’s completely free, but you can get an ad-free Premium version in-app and unlock Survival mode as well.

My life-long dream has been to test out every gadget on the market! Considering the fact that I've rapidly destroyed almost every gadget I've had so far, I'm not inclined to owning something, so my ideal outcome would be to have a different gadget each month. I'm really into smartphones, wearables and tablets and I love Playstation and Xbox, I'm sure I'll beat you at your own game (after a month of training... or two)
Previous Ryse: Son of Rome PC release date and system requirements revealed
Next Destiny and Halo: The Master Chief Collection Xbox One bundle now available in the UK