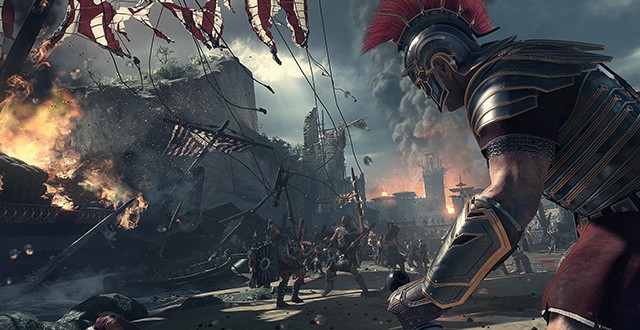 Crytek announced earlier this year that Ryse: Son of Rome will stop being an Xbox One exclusive when it will arrive to PC this Fall. We haven’t heard a whole lot of details since then, but it appears the game silently made its way to Steam recently complete with description, release date, system requirements and more. According to the Steam page, Ryse: Son of Rome will launch on October 10th and is already available for pre-order. Now, I don’t want to be mean here, but this might be one of the worst pre-order bonuses I’ve seen in a very long. Purchasing Ryse: Son of Rome now will grant you the game’s soundtrack for free and…well, that’s pretty much it actually.

On the bright side, the PC version of the game comes with all previously released DLC packs so I definitely can’t complain about that. The downloadable content packs include The Colosseum Pack, The Mars’ Chosen Pack, The Duel of Fates Pack and The Morituri Pack. The Steam listing also tells us that PC gamers will receive instant access to two standalone character skins and the Ruins multiplayer map, which was initially only available on the Ryse: Son of Rome Day 1 Edition for the Xbox One. As for the system requirements, you will need a beefy machine if you plan on playing the game on higher settings. The recommended requirements are pretty ridiculous, but Crytek says that these are the needed only if you want to play Ryse: Son of Rome in 4K resolution.

Ryse: Son of Rome PC will launch on October 10th for the price of $40.

I’m Load The Game’s co-founder and community manager, and whenever I’m not answering questions on social media platforms, I spend my time digging up the latest news and rumors and writing them up. That’s not to say I’m all work and no fun, not at all. If my spare time allows it, I like to engage in some good old fashioned online carnage. If it’s an MMO with swords and lots of PvP, I’m most likely in it. Oh, and if you’re looking to pick a fight in Tekken or Mortal Kombat, I’ll be more than happy to assist! Connect with me by email markjudge (@) loadthegame.com only
@@MarkJudgeLTG
Previous Nokia Lumia 830 announced complete with pricing and launch date
Next iOS and Android apps you probably haven’t tried