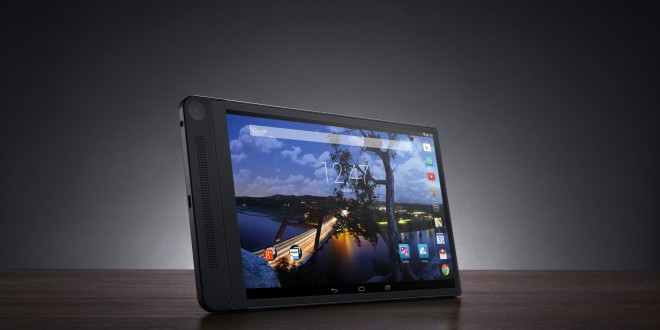 Dell has unveiled the Dell Venue 8 7000 tablet at the Intel Developer Forum and it looks like this is the thinnest tablets can get. Dell Venue 8 is just 6 mm thick, which is amazing. It’s also the first tablet to incorporate Intel’s RealSense 3D camera.

The thinnest smartphone at the moment is only 5.1 mm thick from Gionee, the Elife S5.1. The thinnest tablet so far has been the Sony Xperia Z2 tablet with a 6.4 mm thickness, after which came Samsung’s Galaxy Tab S and Amazon’s Kindle Fire HDX. Dell Venue 8 trumps these and hovers to the top with its extremely thick build of only 6 mm thick.

You can imagine that in order to create a tablet so thin, Dell either had to sacrifice some of the internals in order to reach the 6 mm thickness the Del lVenue 8 tablet sports, or move them to the sides of the device, choosing bezels over thickness. Naturally, Dell Venue 8 has really big bezels on one of its sides where components must have been moved. 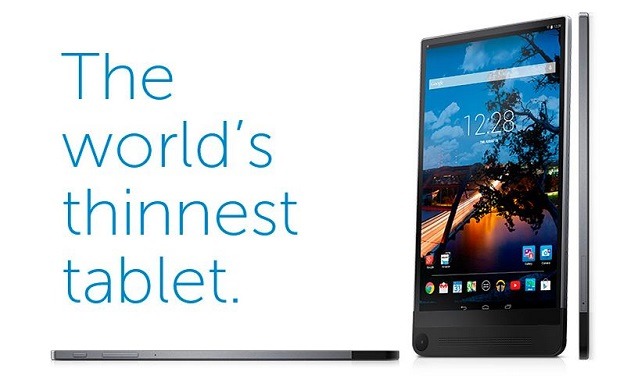 It’s a magnificent solution to the Dell Venue 8, but it does compromise landscape mode a bit. It doesn’t look bad, but it does look a bit disproportionate. That bezel can stand in the way of landscape gaming and even in portrait mode, it might get a little uncomfortable. Dell Venue 8 sports a beautiful 8.4 inch OLED screen with 2560*1600 resolution, “Moorefield” Atom Z3500 quad-core processor and the Intel RealSense 3D camera that includes depth-sensing technology. With the thickness of the Dell Venue 8, the build doesn’t allow for much in terms of ports and things, so an SD card slot is not going to be available and charging will be done with a USB port.

Dell Venue 8 will be running Android, we suspect Android 5.0 (L, Lemon Meringue Pie, Lion, whatever) because the tablet has not yet been released nor a price announced, but rumors say sometime during the following month we should expect to see the tablet in action. Coincidentally, sometime during the following month Android 5.0 is going to be revealed. Take that with a grain of salt though, because this is pure speculation.

Dell has chosen just the right time to announce the Dell Venue 8 yesterday. Even though the announcement coincided with Apple’s iPhone 6 and Apple Watch event, Apple omitted to mention anything about a new iPad coming, sadly. With that in mind, the announcement of the thinnest tablet in the world was perfectly timed. It’s a shame that no iPad Air 2 has been announced, nor an iPad Mini 3, but Dell Venue 8 will not only suffice, it will probably amaze.

Not much is known about the rest of the specs of the Dell Venue, but keeping in mind that the tablet was announced at an Intel Developer Forum and contains lots of Intel hardware, it must end up being a hardcore device.

My life-long dream has been to test out every gadget on the market! Considering the fact that I've rapidly destroyed almost every gadget I've had so far, I'm not inclined to owning something, so my ideal outcome would be to have a different gadget each month. I'm really into smartphones, wearables and tablets and I love Playstation and Xbox, I'm sure I'll beat you at your own game (after a month of training... or two)
Previous The release date for Watch Dogs on Wii U is confirmed
Next Surface Pro 3 receives update – problem solved. 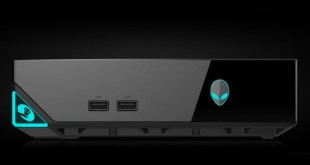 Known primarily in the United States for its desktop’s, laptops, and computer parts, ASUS is ...