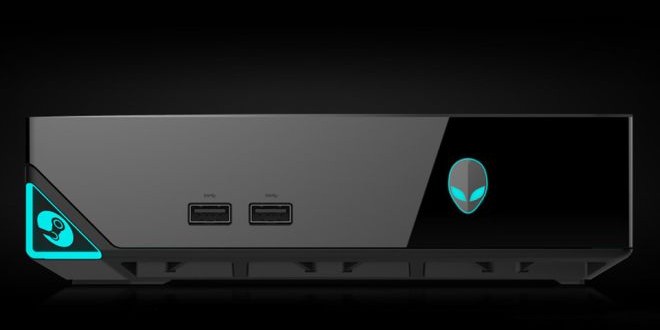 In the debate between gaming consoles and PCs, a strange third party has taken shape in the space between them. The Steam Machine attempts to offer the best of both worlds, shooting for the library and upgradability of a PC as well as the convenience and reliability of a console. Initially announced as a single product from Valve, “Steam Machine” has evolved into a class of devices from a range of manufacturers hoping to catch the new market.

Shaping up as one of the main contenders, Dell’s Alienware Steam Machine is slated for a Novermber 10, 2015 release. However, according to a report by CNET, this is not universally the case. As of June 4, anyone pre-ordering the device through Gamestop or Valve’s online shop the Alienware Steam Machine “may arrive as early as October 16.” How many will be arriving early is a point Dell has remained vague on.

The Alienware Steam Machine will be hitting the market at three price points. The standard $449 variant comes with “an Intel Core i3 processor, 500GB of storage, and a custom Nvidia graphics chip based on the mainstream GeForce 860M card.” An extra hundred dollars nets you 1TB of storage and 8GB of RAM. $649 upgrades the device to an Intel Core i5 processor. A higher price point with a Core i7 is allegedly in the works.  A Steam Controller will be packed in across the board in all variants. The controller itself has received mixed a mixed response. Engadget praised the pads running along the backside of the controller, offering additional buttons for traditionally unused fingers, but criticized the awkwardness of the haptic trackpads that have replaced the usual analog sticks—though the final redesign of the controller does feature a single analog stick on the left side. None the less, the Steam Controller is available for independent preorder for fifty dollars. Whether the Steam Machine provides a happy medium between consoles and PCs or embodies the worst of both worlds remains to be seen.