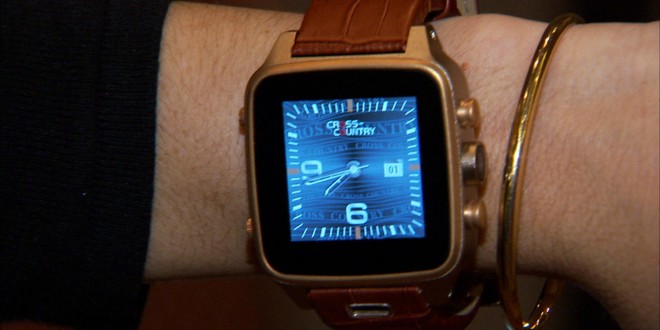 Smartwatches are all the rage now, and even though they’re not the top selling gadget on the market, they’re still the top searched for gadget, at least. Device like the Moto 360, Apple Watch, LG G Watch R, Samsung Gear S, Sony SmartWatch 3 and SmartBand Talk and Asus ZenWatch are the talk of the town, with the Moto 360 leading the charts. Nonetheless, there are watches like the Cross Country smartwatches, that can do just as much, for a much smaller price. 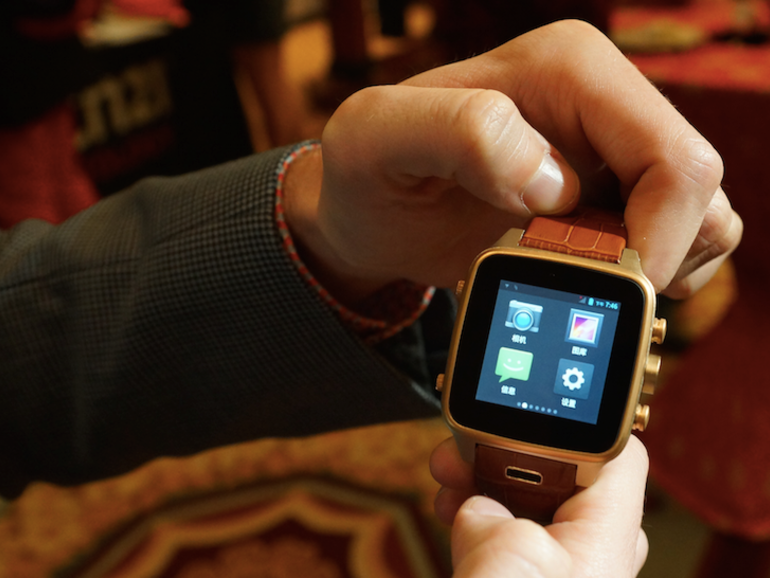 The Cross Country smartwatch resembles a miniature phone more than it does a watch, especially since it runs Android 4.2, not Android Wear like most smartwatches on the market. It’s a pretty bulky device and many of you might say it’s a design disaster, but in my opinion, people might come to love it. Since bulky, enormous bracelets are still fashionable, why can’t watches be fashionable even if they’re oversized?

The Cross Country smartwatch is so large because it sports a 1.5 inch 240*240 square touchscreen. It also has pretty large bezels and naturally, it is brought to us by China. The Cross Country looks pretty good in my opinion, that square display with the metal frame and large buttons looks futuristic and minimal, even if it’s really big. Nonetheless, the device costs only $160, which is one of the cheapest price you will get for a smartwatch.

You should be wondering by now, why would I say a huge device was worth the attention? Well, that’s because it can actually do almost everything your smartphone can. Including taking pictures and supporting a microSD card. The Cross Country smartwatch sports GPS, Bluetooth, music player, 3G, Wi-Fi, a microSD card slot, 4 GB internal storage, FM radio, photo editor, camera that can take both pictures and shoot video, access to the Google Play Store and even SIM card slot.

I would say the Cross Country is one of the most feature-packed watches I’ve seen so far. Of course, in order to pack all that into a wrist-sized device, the manufacturers probably had to sacrifice a lot of things and we suspect one of them might be the battery life. These awesome features are all we know about the Cross Country smartwatch, so we don’t know when it will become available if it ever gets launched to the general public.

Nonetheless, the Cross Country smartwatch is a cheap and suitable alternative for the Apple Watch, Moto 360, LG G Watch R and other Android Wear running smartwatches. I would say the Cross Country would be fit for those who would rather leave their phone at home when traveling and only have the bare necessities on their hands, without the possibility of hundreds of accessible games and apps distracting you from your trip. I would personally prefer the Cross Country, because it is extremely cheap and I would only use it occasionally, so the investment will be small and worthwhile.

My life-long dream has been to test out every gadget on the market! Considering the fact that I've rapidly destroyed almost every gadget I've had so far, I'm not inclined to owning something, so my ideal outcome would be to have a different gadget each month. I'm really into smartphones, wearables and tablets and I love Playstation and Xbox, I'm sure I'll beat you at your own game (after a month of training... or two)
Previous Timex Ironman One – the smartwatch you wouldn’t expect
Next Australian indie developer announces Arena FPS Reflex

Razer Nabu will finally be available to purchase starting next week

The wait for the Razer Nabu is almost over as its manufacturer announced that the ...