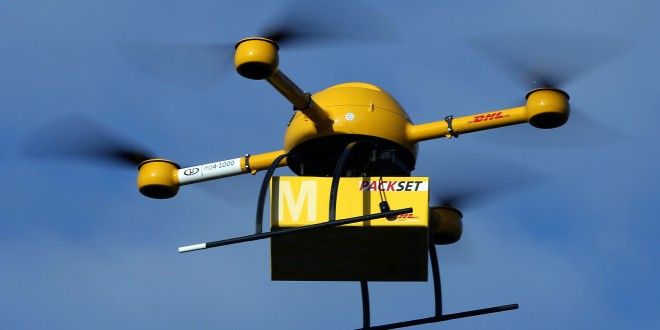 Drones employed by DHL for deliveries in Germany

Google is working on Project Wing currently, which would employ drones to make deliveries around the U.S. and Amazon has already disclosed that it, too is developing the Prime Air drones that would deliver the products Amazon customers order the same day the order was placed. The concept of drones making deliveries has been debated a lot and there hasn’t been any approval of either project in the U.S. 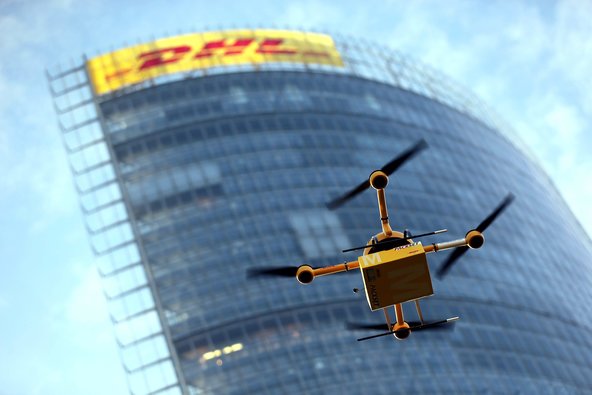 DHL, a German logistics company, is getting ahead of Google and Amazon in using drones for deliveries since it has announced that its new drones will start delivering supplies to Juist, a secluded island off the northwestern coast of Germany, this Friday. Reportedly, DHL plans to use the drones to deliver medicine to the island, flying only 30 minutes to get there.

The drones DHL is sending to Juist on Friday are the first that were authorized in Europe to make such deliveries. DHL says that it will be working on its drones, dubbed parcelcopters, for the following month in order to develop a product that would be able to safely replace current delivery options. The company says that drones are the future of the delivery system, because besides offering very short delivery times, it would save money for each company employing them.

On the other hand, DHL said that their drones would not be flying across continents, instead the company plans to use their drones for special situations like that of the secluded Juist island. DHL plans to target remote locations where drones would be the only viable and fast option for delivering important supplies like food, medicine and clothing. The drones could fly twice a day to provide the secluded Juist with medicine, according to DHL during times when ferries or aircraft services are not available.

The first parcelcopter from the company weighs just about 1.5 kilos and will hover 100 feet off the ground and will reach up to 40 miles per hour speeds. These stats were adjusted so they would fit regulation proposed by the German air traffic agency and Germany’s Ministry of Transport and Digital Infrastructure. Whilst Google and Amazon were met by a lot of restriction from U.S. authorities, the German authorities seem to be keen on the idea of drones doing their deliveries.

The problem of weather conditions still is a big bump in the road ahead for the DHL drones, and the company will have to pay careful attention to weather reports on Friday, because there might be a storm coming which would disrupt the drones’ flight and the delivery altogether. Weather conditions are the unforeseeable problems for most drones, no matter who manufactures them, because they are small devices that are prone to powerful winds and high wind speeds. We will see on Friday how the DHL drones will fare with the delivery.

My life-long dream has been to test out every gadget on the market! Considering the fact that I've rapidly destroyed almost every gadget I've had so far, I'm not inclined to owning something, so my ideal outcome would be to have a different gadget each month. I'm really into smartphones, wearables and tablets and I love Playstation and Xbox, I'm sure I'll beat you at your own game (after a month of training... or two)
Previous Vertu Aster is the new luxury Android smartphone
Next Garmin opening up to developers 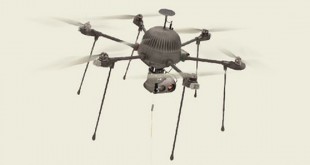 GoPro is working on its own line of HD camera drones

Drones have become legal for movies and TV