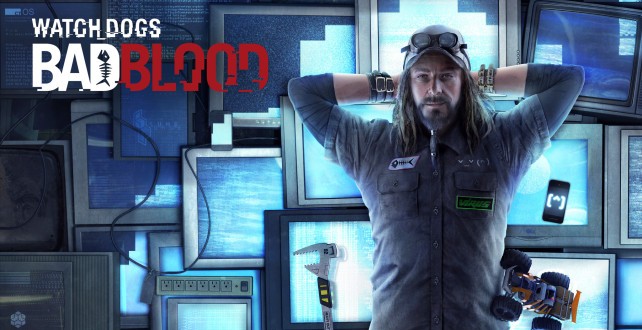 Just a few minutes ago, we informed you that Ubisoft has recently launched Watch Dogs’ latest downloadable package called Bad Blood. Said DLC features a brand-new campaign alongside a new type of mission, in addition to new weapons, perks, outfits, and a remote-controlled car called ‘Eugene’, which is protagonist T-Bone’s latest creation that can be upgraded with both offensive and defensive perks. This DLC is available on the PlayStation 4, Xbox One, PlayStation 3, Xbox 360, and PC. But what about the Wii U version? Will it also receive this add-on when it launches in November? According to the publisher – no, it won’t.

While streaming the single-player part of Bad Blood, Watch Dogs’ official Twitter account answered the following, when someone inquired about Wii U’s potential access to the game’s DLC packs: “No, the WiiU version will not have the DLC”. It’s not yet clear whether the Wii U version won’t get access to Bad Blood specifically, or the entire pack of downloadable goodies. One thing is for sure, though – Wii U owners are left in the dark, once again. At least the base-game still gets released, right?

@ToniCodrea No, the WiiU version will not have the DLC.

“In Watch Dogs Bad Blood, players take on a new campaign starring Raymond ‘T-Bone’ Kenney, the brilliant and eccentric hacker from the original game”, reads the official press-release. “Players pick up T-Bone’s story shortly as he’s planting a false trail at Blume and receives a panicked phone call from his former Blume colleague, Tobias Frewer, who is in desperate need of help. T-Bone decides to help Tobias but quickly realises the details of his old friend’s story aren’t adding up”.

When it was first released, Watch Dogs broke the record for the biggest first-day sales in Ubisoft’s history. Overall, Watch Dogs represents the 17th biggest game-launch in the United Kingdom of all time, and as of July 10th, 2014, the game has shipped eight million copies.

I’m Load The Game’s co-founder and community manager, and whenever I’m not answering questions on social media platforms, I spend my time digging up the latest news and rumors and writing them up. That’s not to say I’m all work and no fun, not at all. If my spare time allows it, I like to engage in some good old fashioned online carnage. If it’s an MMO with swords and lots of PvP, I’m most likely in it. Oh, and if you’re looking to pick a fight in Tekken or Mortal Kombat, I’ll be more than happy to assist! Connect with me by email markjudge (@) loadthegame.com only
@@MarkJudgeLTG
Previous Watch Dogs’ Bad Blood DLC now available, new trailer released
Next Dota 2: There won’t be a Diretide event this year says Valve