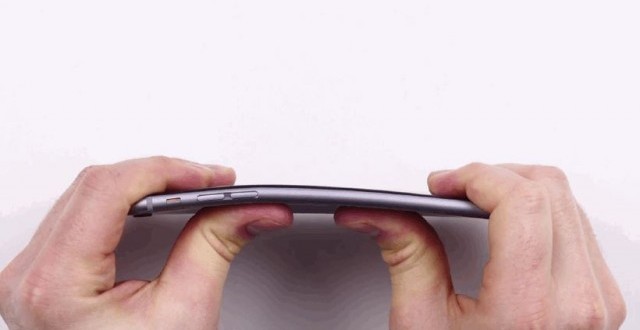 iPhone 6 Plus complaints addressed by Apple

A number of iPhone 6 Plus users have reported these last few days that their newly acquired – and ridiculously expensive – device was bending in their pockets. You may have already heard about this as the news circulated across pretty much all social media platforms lately. As you might imagine, this created quite a big fuss and Apple’s competitor’s took advantage of the situation to blow it even more out of proportion. However, the problem is apparently not as common as you might think. In fact, Apple reports that only a grand total of nine people contacted them to complain that their iPhone 6 Plus is bending. At least one user said that he experienced the very same problem with the regular iPhone 6, but for the most part the bending only seems to occur with the iPhone 6 Plus.

Combined, the iPhone 6 and iPhone 6 Plus managed to sell over 10 million units in just their launch weekend so the problem is not exactly widespread seeing as how only nine people reported it. Still, Apple addressed the issue anyway and assured its customers that this scenario is very rare and unlikely to happen again as the devices are both “beautiful and sturdy.” The company also added that the iPhone 6 and iPhone 6 Plus are constructed from “anodized aluminum, which is tempered for extra strength.” Apple then went on to say that “We chose these high-quality materials and construction very carefully for their strength and durability. We also perform rigorous tests through the entire development cycle, including 3-point bending, pressure point cycling, sit, torsion and user studies. iPhone 6 and iPhone 6 Plus meet or exceed all of our high quality standards to endure everyday, real life usage.”

For now it seems that the bending issue is a very rare occurrence, but if more iPhone 6 and iPhone 6 Plus users will report the same problem over the coming days, Apple will likely be forced to start replacing some of the devices in the near future.

I’m Load The Game’s co-founder and community manager, and whenever I’m not answering questions on social media platforms, I spend my time digging up the latest news and rumors and writing them up. That’s not to say I’m all work and no fun, not at all. If my spare time allows it, I like to engage in some good old fashioned online carnage. If it’s an MMO with swords and lots of PvP, I’m most likely in it. Oh, and if you’re looking to pick a fight in Tekken or Mortal Kombat, I’ll be more than happy to assist! Connect with me by email markjudge (@) loadthegame.com only
@@MarkJudgeLTG
Previous Sony sends out press invites for an October 9 event
Next Middle Earth: Shadow of Mordor gets a new trailer