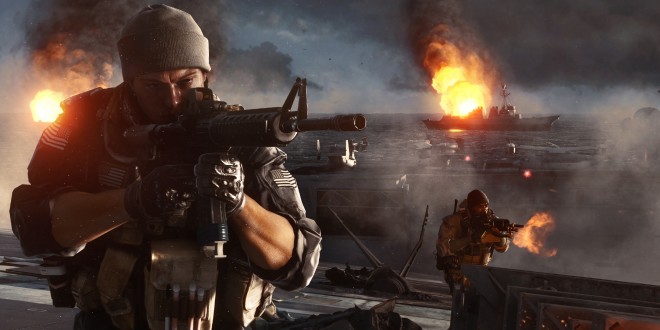 Starting today, PlayStation Plus members will benefit of a special offer regarding Battlefield 4. They will be able to download the game for free on PlayStation 3 and play 168 hours with the entire experience. This means, unlimited play, just as if you had bought the game. The offer includes both the single-player campaign and the multiplayer mode.

Sony wasn’t clear about their offer involving a trial version of the full game that locks after the designated time expires, or a full version that you can play for as long as you want. Players who, for any reason didn’t buy the game last year, when it came out, now have the chance to try the game and determine if it’s worth spending money on it. You might wonder how long does this offer last? Well, we don’t know that either, since Sony didn’t give an exact date on which they’ll pull the game from the PlayStation Plus free games collection.

Battlefield 4 is a first person shooter game, developed by EA Digital Illusions CE and published by Electronic Arts, which came out in October 2013. The game is a sequel to Battlefield 3, which was released in 2011 (kudos to EA for not rushing yearly poor quality installments like some other well-known publisher does). The game has four DLC’s out so far, with the fifth one, titled “Battlefield 4: Final Stand”, allegedly supposed to be released sometime this year. The game and its DLC’s are available for PC, Xbox 360, Xbox One, PlayStation 3 and PlayStation 4. In March 31, 2015, EA will release Battlefield: Hardline, a new installment in the franchise, that, unlike its predecessors, which were based on military missions, focuses on a police vs criminals setting. Players can assume a role on either side. In other words, you can either stop the bad guys or be the bad guys. It remains to be seen whether this change of direction is going to be successful for the franchise.

I'm a journalism graduate and an occasional gamer. As a kid I used to own a NES clone called "Terminator 2", which was hugely popular in my country. I like old school games and adventure games but I occasionaly play RPG's and Shooters as well, though I wouldn't call myself an expert at these kinds of games. When I'm not writing or playing games I prefer reading detective or fantasy novels.
Previous Microsoft announces Windows 10, there will be no Windows 9 after all
Next Microsoft shipped 100.000 Xbox One units in China on launch day