Breaking News
Home » Mobile » The first Dr. Who character pack for Minecraft on Xbox 360 comes out on Friday 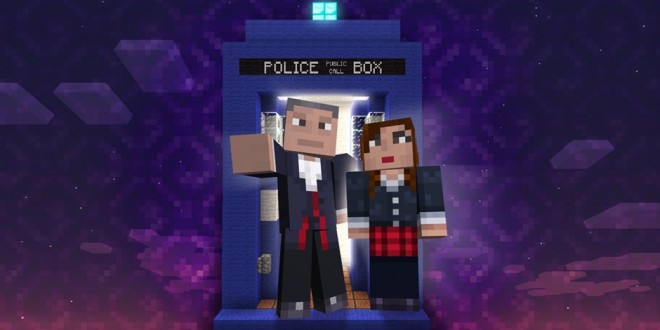 The first Dr. Who character pack for Minecraft on Xbox 360 comes out on Friday

The Dr. Who character pack for the Xbox 360 version of Minecraft will be released this Friday, courtesy to the BBC. So far, a release on PlayStation consoles was not announced, and it probably won’t even happen considering that Microsoft owns Minecraft now. The character pack will cost $2.99 and, according to the developer, it’s just the first skin pack, with more coming soon. While the PlayStation version is uncertain for the obvious reason, the PC version won’t happen because it doesn’t make any sense releasing it. Minecraft on PC has a large modding community, which brings all kinds of characters into the game, for free. In other words, there would be very little interest in a paid character pack.

The pack includes several Doctors, companions and enemies. There will be six versions of the Doctor, including those played by Matt Smith and Peter Capaldi, together with their companions, Amy and Clara. Enemies confirmed through screenshots include The Daleks and the Weeping Angels. Further packs will bring even more characters from Dr. Who’s 50 years history to the game.

Doctor Who is not the only famous franchise that brought characters to Minecraft. Recently, several packs were released containing Marvel characters such as Spider-Man, the Guardians of the Galaxy and the Avengers. Of course, the PC modders are, again, one step ahead in bringing these characters to the game, but the difference between official, paid DLC’s and fan made content lies in the quality. It’s clear from the screenshots (see the featured image above) that the official pack does a great job at rendering the characters at a high quality.

Minecraft was developed and published by Mojang. It was released on PC on May17 2009, as an alpha version, with the full version coming out on November 18, 2011. The game got an Android and a iOS version the same year. The Xbox 360 and PlayStation 3 versions came out in 2012 and 2013, respectively. On September 4, 2014, the PlayStation 4 version came out and one day later, Xbox One users could download and play the game.

I'm a journalism graduate and an occasional gamer. As a kid I used to own a NES clone called "Terminator 2", which was hugely popular in my country. I like old school games and adventure games but I occasionaly play RPG's and Shooters as well, though I wouldn't call myself an expert at these kinds of games. When I'm not writing or playing games I prefer reading detective or fantasy novels.
Previous Driveclub gets new info on in-game features
Next Galaxy Grand Prime to be launched in India